Owners of a mobile with Android 11 will have fewer options when taking a photo: Google has removed the camera app selector. In this way, you can no longer choose a camera other than the one that comes standard, always when taking a picture for another app.

Android has always been open in terms of choice for the user. From being able to choose how to install the applications to which ones are used by default. We can select a launcher other than the serial interface, a different browser from Google Chrome and even choose which camera application to open to share a photo taken on the spot, for example, on Instagram. Of course, Google has been restricting the user’s possibilities for security and privacy reasons. And the new movement is aimed precisely at the choice of the camera app.

Android 11 makes the stock camera the only option 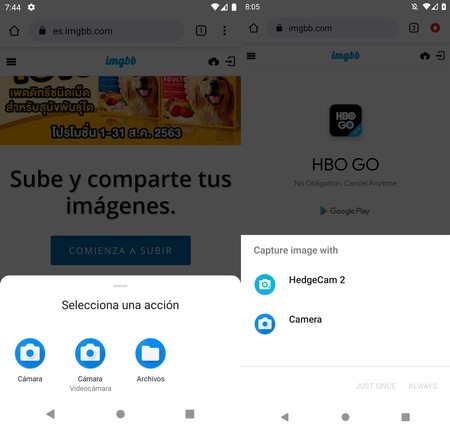 Android 11 (left) opens the pre-installed camera app when taking a photo or video; Android 10 (right) allows you to choose the application

It is not that Google has blocked the installation of camera applications in Android 11 since we will continue to have that possibility: no need to use the manufacturer’s camera to take pictures and videos. Of course, you can no longer choose which app will take a photo when an application requests an image taken at the moment. This task can only be done with the manufacturer’s capture application.


As reflected in Android Police, Google has decided to remove the option to select other camera applications as default in Android 11: this privilege will only be available to the application pre-installed on the device. This implies that we can take photos and videos with other apps, such as Google’s own camera, but only if we specifically open those apps. If we want to take a photo for Twitter on Android 11 we can only open the serial app from Twitter itself.

Google has officially explained that the decision has been made by the team to protect user privacy. It makes sense since, by blocking the camera app selector, the image will only go through the app which, in theory at least, is 100% secure. Even so, this movement also implies a loss of personalization since it should be the user who decides how and with what to take their photograph. You can always load the image from the gallery after another camera application has done it, but there will be times when we want to save time and the default camera does not take as good images as we want. 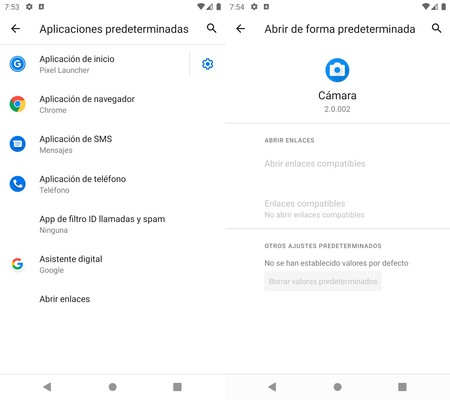 Once Android 11 is officially released, something that will happen in late August or early September, users with this system version they will no longer have access to the camera app selector, they will not be able to choose a default app other than the one pre-installed by the device manufacturer. Having a more secure and private mobile seems to imply a loss of possibilities.