The new Google TV is not only the new name and interface of Android TV, but also the application Google Play Movies & TV adopts this new name.

In the next weeks Google Play Movies & TV will be updated to Google TV also releasing a new interface and new features to match the new Chromecast with Google TV, but this change will not make it across the world.

Google Play Movies will be Google TV in the United States

Google has announced that this change will begin rolling out today on US devices and not to mention when this update of Google Play Movies will arrive to Google TV in the rest of the countries. 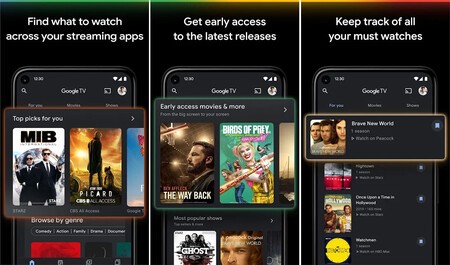 Google Play Movies wants to become the perfect complement to Google TV. With its new design, new icon and name, as well as the new interface of Google TV (before Android TV) for televisions, it wants to be a universal application for streaming services for series, films and documentaries, as the application has already done in the United States since 2018. 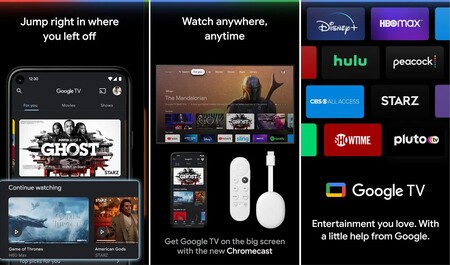 The Google TV interface for mobile will be very similar to the Google TV interface for televisions. It will inform us of the new releases, suggestions and categories of all the series and films of the services to which we are subscribed together with purchases and rentals from Google Play. Of course, it will also allow us to send the content to the Chromecast of our television.

Another novelty of the Google TV application is that it will be possible to manage the collection or list of series and movies that we want to see from our mobile device and it will be synchronized with our Chromecast with Google TV or compatible television that will go on sale from 2021.