In this section we remember mobiles from a few years ago and that they were special for better or for worse. After remembering the Motorola Flipout, the LG Optimus 3D and others, today it is the turn of one of the mobiles with a more curious name and concept, the HTC ChaChaCha.

Technical specifications of the HTC ChaChaCha

As in previous occasions, the first thing is to put yourself in a situation. The HTC ChaChaCha was presented at the Mobile World Congress in 2011, although it took a few months to be available for sale. The most curious thing about it is that changed his name when he arrived in Spain, being its original name HTC ChaCha, as it is still known today in the rest of the world.

We are talking about 2011, the same year of other mobiles that we remember in this series, the LG Optimus 3D, the Sony Tablet P and the Sony Xperia Play.

It is the time when high-end models such as the Samsung Galaxy SII had 1 GB of RAM, 16 GB of storage, a 1.2 GHz dual-core processor and 2MP cameras in front and 8 MP in rear.

The HTC ChaChaCha had a full QWERTY keyboard, so its screen was only 2.6 inches with 480 x 320 resolution. In terms of power, the truth is that it was a bit fair even for its time, with half a giga for both RAM and storage and a processor with a single core, at 800 MHz. the cameras, the front was VGA, while the rear reached 5 megapixels. 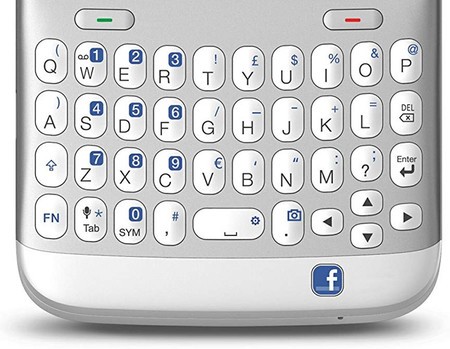 Today if a manufacturer launched a mobile like the HTC ChaChaCha, there would be many factors that would seem curious to us. To get started, the full QWERTY keyboard, with function keys, cursors, and shortcuts for common functions like opening the camera. Now, in 2011 keyboard phones were still relatively popular, with launches like the Sony Ericsson Xperia Pro or the Motorola Droid Pro.

Note the last name “Pro”, and is that these keyboard phones were considered more productive being able to compose e-mail more easily than with virtual keyboards and touch screens -or capacitive- that were not very there.

The HTC ChaChaCha however It was not a mobile to work, but to chat and use social media. On Facebook, to be more specific.

For this he had a special Facebook button, placed in the frame without much order or concert to such an extent that it looked more like a sticker. However, it was not an ornament, but it served to immediately interact with Facebook, automatically uploading the photo that we are seeing, sharing a status with the music we listen to or allowing you to check-in at full speed in Facebook Places. By the way, that button was lit when it was possible to use it. 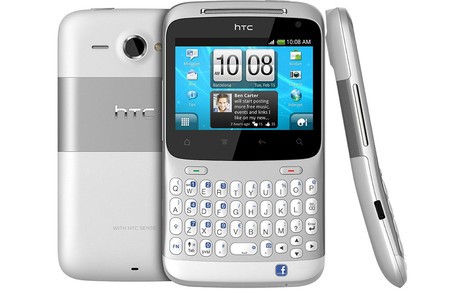 Designed especially for chatting (on Facebook Chat, if possible), the HTC ChaChaCha included a modified version of its layer called HTC Sense Messenger 2.1, improvement adapted for the small screen and that was based on Android 2.3

While today the concept of a phone with a special key to communicate with Facebook would provoke the occasional yawn – and it did in 2011, to be fair – Zuckerberg’s social network was the most popular at the time. It is not so much the Facebook button – misplaced and of doubtful utility – but the fact that an application had a physical button. This is even more curious today, since mobile phones have fewer and fewer buttons. 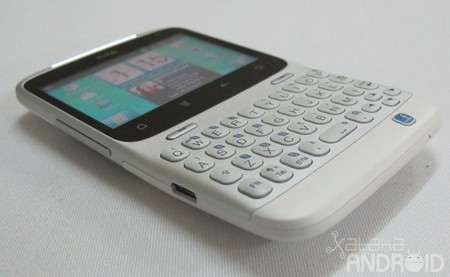 Compact, with a tiny screen, full keyboard and Facebook button

The HTC ChaChaCha encompasses almost all the features opposed to the market trends today. Was a small metal mobile, barely 115 mm high and 64.6 mm wide, while today we call terminals such as the Sony Xperia 5, 158 x 68 mm, a compact mobile.

Against current trends it also goes display and QWERTY keyboard, completely disappeared. Small screen and large keyboard, while today his thing is that the screen is as large as possible and the physical keyboard, non-existent.

By last, name. HTC ChaChaCha and HTC Salsa were somewhat ridiculous names, but admittedly, they have more grace than the boring string of numbers and predictable evolutions that most lines have become: versions A1, A2, A3 and so on.

No, there is no mobile nowadays with a button for Facebook and there are really few mobiles that include more buttons than are strictly necessary.

The only exception we see in the buttons to launch Assistants like the infamous Bixby button. It does not help you to publish photos on Facebook automatically, although at least it does allow you to interact with the software quickly, sometimes being able to customize the action to be carried out.

In summary, the HTC ChaChaCha was a rare mobile until in its time, and of course it is much more so eight years later when the trends have completely changed. There is nothing like it today and it doesn’t seem like there will be anytime soon.