In April Vivo announced the Vivo V21e as a mid-range with Snapdragon 720G and AMOLED screen. About two months later, the 5G version arrives, which changes Qualcomm for MediaTek when incorporating the Dimensity 700.

New processor and state-of-the-art connectivity aren’t the only changes. The Vivo V21e 5G has a 64 megapixel dual camera -It was triple in the 4G model- but in return it adds watts to its fast charge, which is now 44W.

The MediaTek Dimensity 700 is becoming one of the favorite processors for cheap 5G mobiles. The last to incorporate it is the Vivo V21e 5G, a model very similar to the 4G model in its appearance and specifications, although with a few additional changes. This processor comes with a single version with 8 GB of RAM and 128 GB of storage.

The front of the Vivo V21e 5G is starred by its screen 6.44-inch diagonal AMOLED and Full HD + resolution. The refresh rate remains at 60 Hz throughout life. The screen incorporates the front camera in a drop-shaped notch and the fingerprint reader under its surface.

For photography, the Vivo V21e 5G continues to focus on selfies with its 32-megapixel front camera. Behind, the terminal bets on a dual camera with a 64 megapixel f / 1.79 main sensor and a second 8 megapixel sensor, a wide angle. In this 5G version there is no macro sensor, as there was in the Vivo V21e 4G. 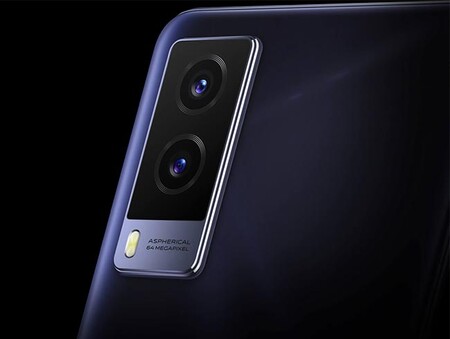 The autonomy of the Vivo V21e 5G is marked by its 4,000 mAh capacity battery, which includes faster fast charging than in the LTE version. Supports 44W fast charge, with the charger included in the box. The terminal supports Bluetooth 5.1 and comes with Android 11 with Funtouch OS 11.1 pre-installed.

Versions and prices of the Vivo V21e 5G 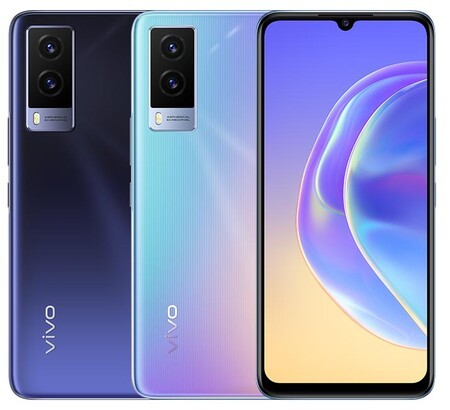 The Vivo V21e 5G is official for the moment in India, where it can already be purchased in a single combination of RAM and storage and in two colors, both with gradients: Dark Pearl Y Sunset Jazz. Its official price is 24,990 Indian rupees, which is 282 euros to change actual.