Android Pie 9.0 is now officially the latest version of Android, and the update has been launched worldwide in recent months in the form of beta updates. The Android Pie update comes with a major redesign of Android Oreo 8.1.

There are a lot of great features in Android 9.0 Pie, and it’s hard to identify one as being the best. Therefore, here are a few that we really like because they are significantly improving Android that we want to use on a daily basis.

Due to Android’s fragmentation, Pie will slowly roll out to devices in the coming months and won’t look exactly the same on every one.

Dark mode is one of the things that OLED smart phone owners have been asking for for a long time and seems finally to be listening to Google. And we could see a fully integrated dark mode delivery with Android Pie.

As we all know, the use of White in the Android user interface started with Android Lolipop days and has since been a big headache for OLED screen smartphones users. In dark mode, most of the user interface of Android Pie is black, thus saving battery power on smartphones with an OLED display. Efficiency is what we are looking for here.

2) The arrival of Notch Support

As most smartphones coming in 2018 will have a screen notch, like Moto X5 series, Huawei P20, Asus Zenfone 5 2018 and more (OnePlus 6) coming soon. Google has finally decided to add a notch support feature that supports this display area where the notch protrudes on the screen. 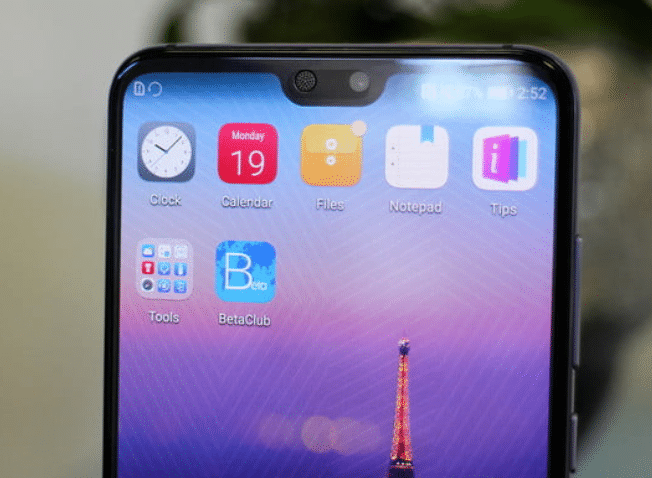 So, no more, rectangles watching your videos in full screen. The developer preview itself supports the ability to emulate a fake screen, be it a small thin or a large one like the iPhone X, it is there to serve your cravings for the new notch trend.

Android has used a standard three-button navigation bar at the bottom of the screen for years. In Pie, you can remove the standard Back, Home and Recent buttons for a new gesture-based navigation system. 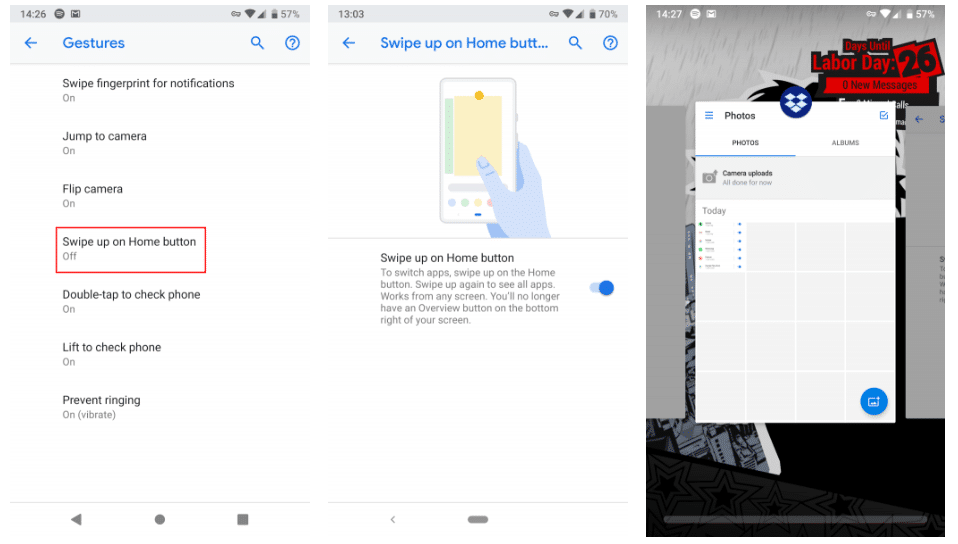 Future devices will come with this option, but you will still see the old buttons after the update. To try it, select Settings> System> Gestures> Swipe up on the Home button. Your navigation bar will change right away.

With the help of machine learning, Google has perfected the autofill from what we saw on Android Oreo. Thus, it is easier and more effective for password managers to enter your correct credentials in the right place.

Google has also set up limited permissions for applications that are inactive and in the background not to use them. These include restricted access to the camera, the microphone of your device as well as other important sensors that can be used for suspicious activities such as espionage and others, so maybe sad news for the CIA and the NSA.

The dual trend and now even the triple camera will be the new trend, and Google has secured with Android P that applications have granular access to their new multi-camera API.

With Android P, the power off menu allows you to take a screenshot. Now, the combination of weird buttons fails.
Along with that, we also have a more colorful settings panel now, which, like an OEM skin, disappeared are the black and white vector icons. Instead, we have more colorful icons that convey the meaning of this particular parameter.

The future is for HDR videos, and Android P’s take care of this by including HDR VP9 Video (Profile 2) formats, as well as various other video codec formats, now supported. The compression of HEIF images brings efficiency, as reducing the size of downloads and reducing the number of stored data is the key here.

Artificial intelligence does not need to be included in every aspect of the phone, Google, and we believe that the brightness control should be left to the ambient light sensor or the slider. The ambient light sensor often hampers its settings and the fact that another digital controller plays with the brightness depending on the usage seems excessive. A potentially boring overload too.

Fortunately, if it’s a pest, you can disable it, but it makes us wonder even more about its usefulness.

The automatic brightness of Android is also updated in Pie. Now your phone will learn the brightness level you prefer in certain applications and environments and adjust it automatically. You can help train it by opening the Quick Settings panel (pull down the notification bar twice) and adjust the brightness if necessary. 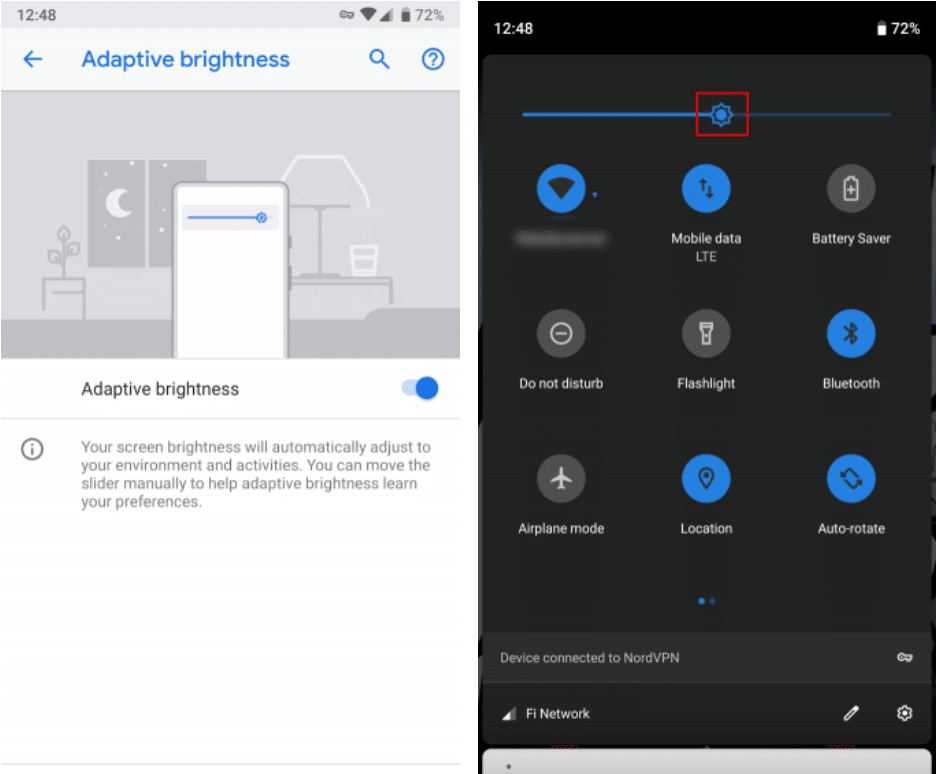 With the rise of AI assistants and AI-based products, Android P comes bundled with Neural Network APIs. This will help to develop machine learning with a multitude of new elements.

What do you think of Android 9.0 Pie?

There is a lot to like about Android 9 Pie. Much more than the above, this release includes a more colorful Settings menu, updated fonts, and rounded corners on the operating system. You must find additional improvements as you become familiar.