For this 2022 two versions of Android are expected. On the one hand, during the first quarter of the year Google will launch Android 12L, the version optimized for large screen devices, and on the other hand, the launch of Android 13, whose [posibles novedades se van filtrando con cuenta gotas](disable strict Android 12 ghost process management).

One of those novelties of Android 13 seems to be the possibility of set the language of the applications from the system settings, as counted from Android Police.

The information comes from one of its trusted sources, informing that Google is developing to Android 13 a new function under the code “Panlingual” which will integrate a new language configuration for each application.

The “Application languages” setting seems to be in both the “Languages ​​and input text” settings and “Application information” settings. There the user will be able to decide in which languages ​​he wants some of the applications to be displayed. For example, you can have the mobile configured in Spanish but show certain applications in English and others in another language. 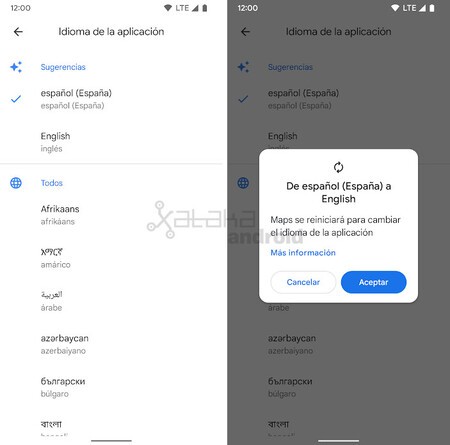 The idea of ​​changing the language of an application is not new to Google. In January of this year, it already added the “Application language” setting in Google Maps so that the user can use the application in a language other than the system language.

With Android 13 it seems that the company wants to bring this feature to all applications, integrating the “Application languages” option in the system settings, thus avoiding the developer having to implement this functionality. This will be very practical especially in those games that by default are set in the device’s language and do not allow changing the language.