The latest versions of Android include various initiatives to reduce battery usage like different versions of Doze, although some manufacturers go further with very restrictive alternatives. The battery lasts longer, yes, but the system closes apps aggressively and you can lose important notifications.

It is an open secret that the energy saving policies of some Android layers are too restrictive, and for this reason the developers of Sleep as Android created the website dontkillmyapp.com, although empirical data was lacking. These now come in the form of their new benchmark application for check how aggressive your mobile is by managing the processes in the background.

Is your mobile a process killer?

The resources available on a mobile phone are very limited, so the system must from time to time kill background processes to make way for other more important applications in the foreground. If the system closes an application and prevents it from starting on its own, the application cannot perform background tasks such as collecting data (from sleep, for example) or sending notifications at the right time. This is true since the beginning of Android.

What changes is the aggressiveness of this system to kill processes. Google has incorporated its own energy saving systems into different versions of Android, while other manufacturers have their own systems, some of them too aggressive and difficult to disable. The Dontkillmyapp.com page serves as the infamous Top Ten of the manufacturers that have a more restrictive system (today, the worst is Huawei followed by Samsung, OnePlus and Xiaomi).

The official Don’t Kill My App is used as proof of how aggressive is your mobile killing processes. It is a first version that includes some additional information and a benchmark that you must leave on for several hours (and without connecting the mobile), so that you can verify how the process management is on your mobile. 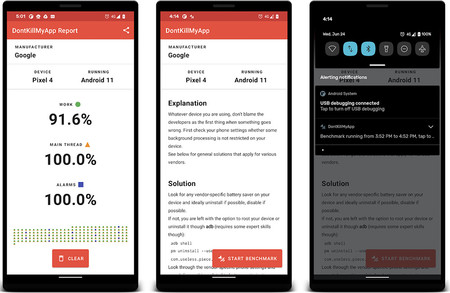 When the benchmark time is up, you get results in the form of three percentages, which show the degree to which the background tasks that the benchmark has been sending have been executed. That is, the higher the percentage, the less restrictive your mobile is managing the processes.

To calculate it, the app runs tasks at ten-second intervals and schedules alarms (which should work fine with Doze) every eight minutes. The application then counts how many of these tasks have been run and displays it in graph form below the result. In a Google Pixel and the like you will probably get a score close to 100%While in my Huawei P30 Lite I have obtained 15.4%, 2.5% and 26.4%: a serial killer of background processes. 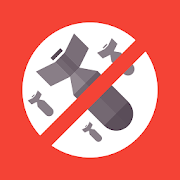