One of the drawbacks of using the incognito mode in Google Chrome is on the way to being solved: the browser will allow screenshots. This is what Google has specified in the Chromium error log: the traps will arrive soon, first in the form of an experimental function or ‘flag’.

Surely it has happened to you more than once while browsing in incognito mode with Chrome: you needed to take a screenshot and, when making the gesture on the phone, the browser refused to take said capture. Google protects screenshots in private browsing even if it doesn’t make much sense; hence we are happy that the company ends with this problem, even if it is late in coming.

Google will fix the ‘screenshot error’ 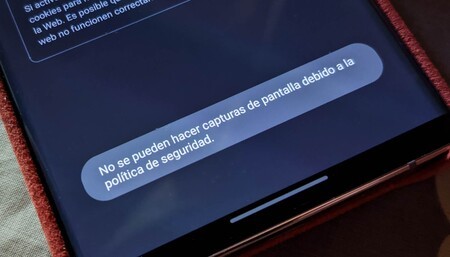 Google Chrome message when taking a screenshot in incognito mode

It is not a serious problem since, if you need to take a screenshot of a website, it can always be done with the browser in non-private mode, but there is no doubt that leaving incognito just to capture the screen is a hassle for the user. Especially when blocking captures does not have any advantage over privacy, as recognized by Google engineers in the open thread in the Chromium error log.

The Google engineers in charge of the Chromium project opened the error log (issue) from the demand of a developer. He was complaining about not being able to capture screen in google chrome when using incognito mode, a popular complaint after the Chrome update that introduced protection. In principle to prevent third-party applications from registering the screen.

The engineers related to the screenshot error agree to remove the browser restrictions. As reflected in the thread, the function needs access to dependencies external to Google Chrome itself, a drawback that, initially, will force the activation of a flag to make use of the aforementioned captures.

We do not know when Google Chrome will introduce the ability to take screenshots in incognito mode. It will surely start with a future Canary version and then apply it to the stable version: first in the form of experimental activation, then activated by default in the browser itself. Excellent news for those who regularly use incognito mode.