Every time a new system update arrives or a new update of your favorite application, security improvements arrive to protect our data against possible attacks, thus when using very old versions we are unprotected.

And this is what Google will begin to avoid from September, since the company has announced that in just under two months older devices won’t be able to use Google apps.

Google has started advising users that they still use mobiles older than ten years that as of September 27 Google applications will not be able to log in with your user account. Google login will not be supported on Android 2.3.7 or lower.

This means that mobiles with Android 1.0, 1.1, 1.5 Cupcake, 1.6 Donut, 2.0 Eclair, 2.2 Froyo and 2.3 Gingerbread will no longer be able to use the old Google applications. It will give an error in the login and they will stop synchronizing your data with our Google account. 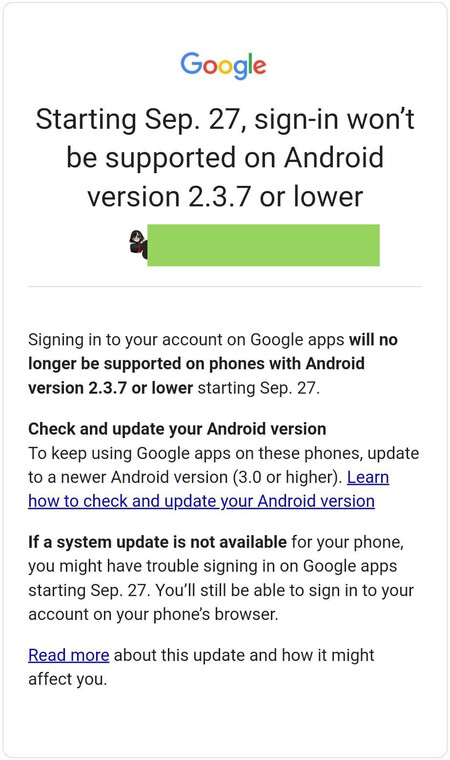 Android Gingerbread 2.3.7 was launched on the market in September 2011, with what more than ten years later is a good time to disable the vulnerable and obsolete Google applications that still worked today.

For those less than 1% of users who still use a very old device, Google informs them that to access Gmail and other of its services they will have to do so via supported web browser.