The Google Maps application for Android is starting to show the location of traffic lights, as they have been able to test on Droid Life. As is the custom in Google, the feature is progressively reaching a small group of users first in the United States, so it is normal that even if we have the beta it does not appear.

However, we are going to tell you how this feature of displaying traffic lights works, “inherited” from Apple Maps, an application that has had this function for a year since they included it with the launch of iOS 13. 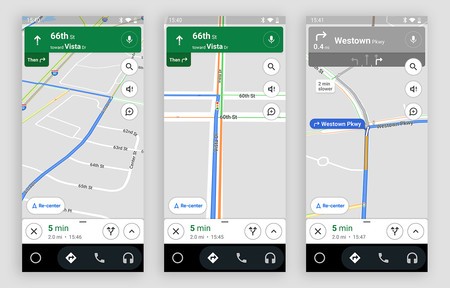 Google is adding the location of traffic lights to Google Maps progressively. These are shown using a small icon that shows us his position. These will be shown both on the app’s own map and in the navigation mode, so at all times we can know the location of these traffic lights. Regarding whether they are green, red or amber, For the moment, there is no information about this, just about the location.

The icons are small, but they increase their size somewhat when we enter the navigation mode

The icons, as we can see in the images, are quite small, but increase in size when we enter navigation mode. This feature allows us to get an idea of ​​the traffic lights on the route, even opening the door in the future to find the routes that include the least number of traffic lights. Specifically, the version in which the function is jumping for a small group of users is 10.44.3, although there are already versions above it.

It remains therefore to arm yourself with patience since these functions usually take weeks to reach the rest of the world. It will also remain to be seen if the function will arrive in Europe or not since, at the moment, the tests seem to be restricted to the United States.