Google has been adding functions to the application that was originally intended solely and exclusively to manage SMS and MMS on Android. Google Messages started managing message threads already add reactions and stickers, and the next challenge for the Mountain Viewers was to take RCS messaging everywhere.

Once the deployment of your RCS messages worldwide (as long as the operator supports them), Google’s next challenge has to do with security and that’s why is testing end-to-end encryption. A type of encryption, by the way, that Europe already has in its sights and not for the better. 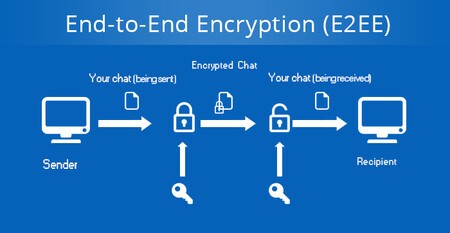 As we say, Google has already completed the deployment of its support for RCS messaging, which in theory should compete against WhatsApp and the like and we will see what share of use it ends up monopolizing. The next step is to protect messages sent through your application, and therefore already prepares the tests for end-to-end encryption.

Sometime in the past we have explained what end-to-end encryption consists of. It means that we not only send the encrypted message with a unique and a public key, but the channel itself is encrypted so that, in the event that we manage to ‘hunt’ the message while it is being sent from one phone to another, the channel itself would act as second layer of encryption making the system virtually impenetrable.

This encryption, which is already used in apps like WhatsApp, is what Google is going to test now for its Messages app. The disadvantage of this encryption is that global messaging does not allow it to be used on SMS or MMS messages, so that it will only be available, once it is deployed, for RCS messages. It looks like, it will also work with RCS messages that you exchange with Google Messages on the web, so everything will be more secure.