In addition to the Honor 50, the old Huawei subsidiary has brought a new mid-range terminal to Spain: the new Honor 50 Lite. Something that is not lacking in this terminal with Snapdragon 662 is Google Services.

The Honor 50 Lite is the second mobile of the company that is launched in Spain after its independence from Huawei. Part of the 299 euros and stands out for the 66W fast charging and a 64 megapixel quad camera with a design similar to that of the Mate 40.

New mid-range from Honor with everything from Google

The new Honor launched the Honor 50 series a few months ago with the Honor 50, Honor 50 SE and Honor 50 Pro, all of them 5G. Now comes a terminal budget mid-range, the Honor 50 Lite with a starting price of 299 euros.

It is slightly different in design from the rest of the Honor 50, with a circular camera module centered at the back. These cameras are, in fact, one of its main attractions, with a quadruple combo. The main lens is 64 megapixels and there is also an 8 megapixel wide angle, a 2 megapixel macro sensor and a 2 megapixel portrait mode sensor.

On the front is the front camera, 16 megapixels, perforated in the screen. Although the perforation is double, it is a single lens. This terminal incorporates a screen 6.67-inch LCD with Full HD + resolution, which in principle maintains the standard refresh rate.

The processor of the Honor 50 Lite is the Snapdragon 662, so the connectivity is 4G. The available RAM memory is to choose between 6 and 8 GB and the 128GB storage, although not all combinations will be available in all regions.

Another strong point of the Honor 50 Lite is its battery, which has a capacity of 4,300 mAh and support for 66W fast charge. The fingerprint reader is located on the power button and the terminal has NFC, at least in some regions. Of course, the Honor 50 Lite has all Google Services pre-installed, so it has the Play Store, Gmail and the rest of Google applications. 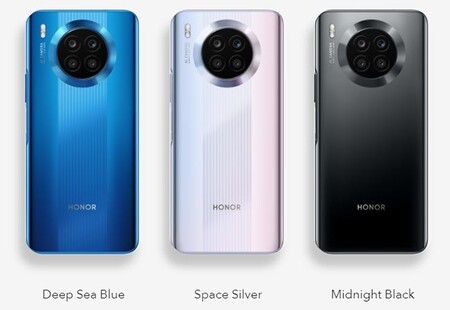 The Honor 50 Lite will be available during the month of December with a starting price of 299 euros, with 6 GB of RAM and 128 GB of storage. It will be available in the Honor online store in the colors blue and black.