Samsung has declined to dispense with its own messages app to pre-install a modification of the Google Messages app on its Galaxy with One UI. Adapted to the manufacturer’s coat, said modified version it can also be installed on other Android mobiles: we explain how to do it.

It is not that SMS messages are used much to communicate, but through them they do get a good amount of double-factor confirmations. Therefore, sooner or later you will surely go through the Messages app, an application that It can be developed by the brand of your mobile or by Google (It is the usual). But what if you installed a new test version developed by Samsung? The APK is already circulating.

Google messages adapted to the aesthetics of One UI 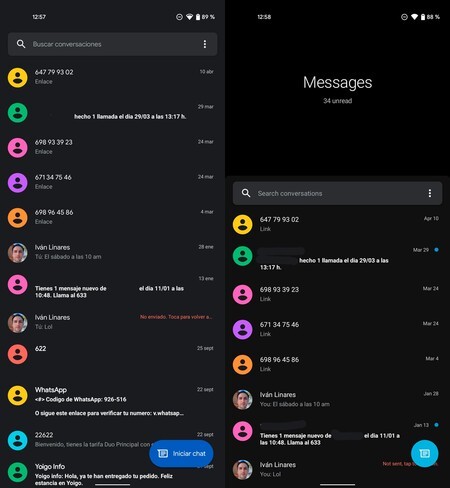 It is a curiosity that has its attractive point, not in vain that Samsung adapts the design of a Google app is a certain controversy. Also that the app is exclusive to the Samsung Galaxy; by more than can be installed in part of Android phones that are already using the Google Messages app.

As reflected in 9to5Google, the Samsung modification is currently in beta and can be installed on other mobiles apart from the brand’s Galaxy. The Google Pixel are compatible, also other Android mobiles that use Google Messages to communicate by SMS and also with RCS messaging. We have tested it on several of our phones without problem, although in the Xiaomi it did not finish installing.

To try Stylish One UI Messages you must do the following: 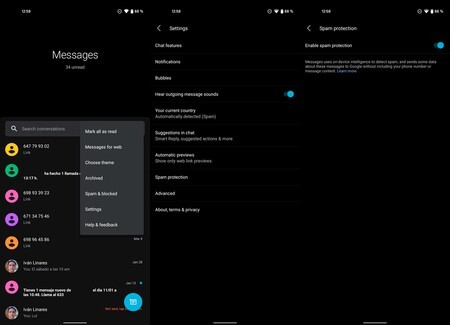 The design of the new app to manage SMS and RCS offers the style of One UI with its design adapted to use with one hand. It has anti-spam functions, includes RCS messaging and other functions, such as company verification. At the moment it does not have a Spanish translation and, we must emphasize, is in beta state. With the possible problems that the software under test can cause.