In Windows, if you want to see how much memory a program is using, checking it is as easy as opening the Task Manager. On Android, the system does not work exactly the same, but you can also view memory usage of applications, although it is a little more hidden.

If your mobile does not have much RAM and you want to identify those applications that consume the most memory, you can check the data from the options for Android developers.

In the past, some layers and ROMs of Android showed you the memory usage directly in the recent view, although today it is more rare to find the data. However, there is still a foolproof way to see memory usage and it should be available on almost all Android phones: from developer options.

Therefore, before you can use the memory of the different applications, you must activate the Android developer options, if you have not activated them before. The way to do it has been the same for years: go to the section System settings, enter Phone information and tap seven times, quickly, on Build number. 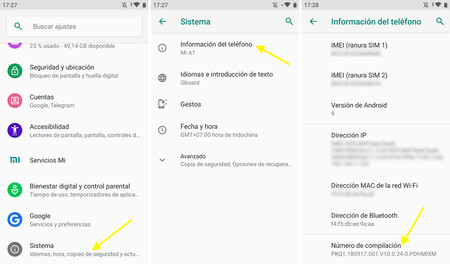 Once this is done, you will see a notice indicating that developer options have been activated. You will find them as a new menu that was not previously in the section System settings, although some layers include it as a separate menu. If you can’t find them, use the settings finder at the top.

With the developer options active, the next step is to enter these options, which are generally found in the section System. Then touch on Memory, which in most cases is the first option shown, at the top. 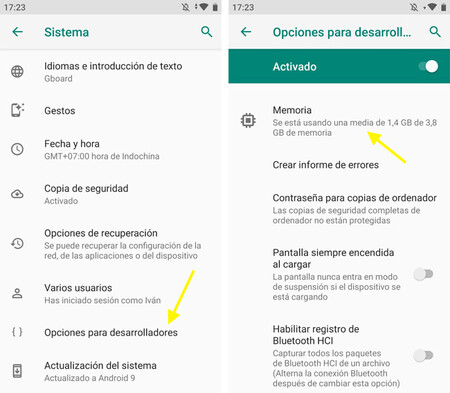 Once this is done, you will see the general status of the mobile’s RAM, including current and average use. If you want to see the use for each application, you need to enter Memory used by applications.

Now yes, you will see the average RAM memory usage of each application, including system ones. Android gives you the option to view memory usage data in different time ranges: 3 hours, 6 hours, 12 hours or 1 day. 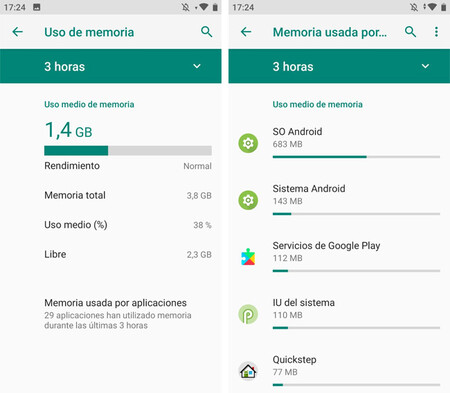 By default, Android sorts the list of applications by average use, although with the menu ⋮ at the top you can change so that sorted by maximum memory usage and not the average. In this way, you will be able to identify the apps that occupy most of your mobile’s RAM in specific cases (such as when you are using them intensively).