With Google Takeout export and download you can easily move all media uploaded to a Google Photos account. Of course, as long as the recipient is Microsoft OneDrive or Flickr: with these services it is possible to activate automatic synchronization.

The amount of images and videos that a Google Photos account can store is abysmal, especially when using unlimited upload: it is not strange that you have tens of GB downloaded in the cloud. In general, that occupied space does not give much problem, but you may consider move your backup somewhere else, like Microsoft cloud or Flickr. The classic process would involve manually uploading all content after previously downloading it, but there is a way to go through it all at once. And automatically: with the synchronization of Google Takeout. 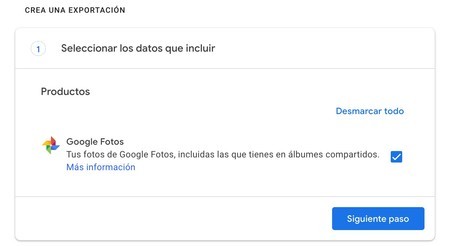 To activate the backup of Google Photos on the mobile, just go to the options of the application (it comes standard on most Android) and activate the backup, preferably unlimited (thus using no Drive space). In this way it is possible get a backup for one of the vital elements on any smartphone: the gallery. And it doesn’t matter how many images and videos are stored since, if we let Google manage compression, we won’t have to worry about space. 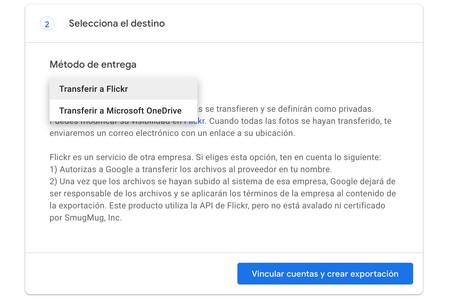 The export process can take several days, it all depends on the size of the Google Photos backup

The export time is long since the upload is done photo by photo, almost as if it was uploaded manually even though the process is fully automated. Google Photos will create the same album structure in the destination cloud; and will upload all content as found in Photos, with Exif data included.