Huawei has patented glasses prepared for augmented reality technology. The patent has been recently approved by the National Intellectual Property Office of China and its main peculiarity is the be equipped with a rotating pop-up camera, although it is not the only thing that stands out of them.

We are going to reel so much the design that has shown the patent how the functions described in it To know this new idea from Huawei that may or may not materialize, but which shows that the Chinese company has in mind to work on this type of device. 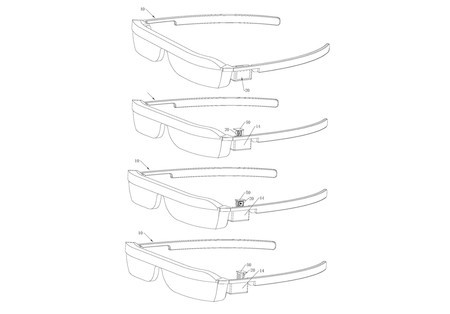 The patent registered by the Chinese National Intellectual Property Office reveals glasses with a relatively traditional design, thus moving away from concepts such as Google Glass. According to the patent documents, the glasses can be controlled by an app, which allows you to rotate the camera, activate it, deactivate it and capture images with it.

The camera is capable of rotating on itself 360º, allowing images to be captured in all directions

The camera is capable of rotating 360º, so you can take pictures in all directions. In addition, according to the patent, it is quite discreet, emerging from the left side of the glasses and protruding about an inch from it.

Regarding the functions of the glasses, not much is known. Being linked to augmented reality functions, the doors are opened to the gaming, productivity and all those applications where RA can have a place. As usual, a patent is nothing more than a property registry, so there is no certainty that this curious idea will eventually materialize.