Can a mobile phone without Google applications and services give the same satisfaction as one certified for the use of Google Apps? Although it seems complicated, the truth is that you can live perfectly with a phone like the Huawei Mate 40 Pro and without missing the native software of the Android owner. We can corroborate it.

The US veto on Huawei’s technology was a serious blow to the company and to all those who trusted its products. Testing a brand phone supposes come face to face with a reality that cannot always be overcome; Not surprisingly, Google’s hand dominates the Android experience to a great extent. Official application store, a framework of services that guarantees security and simplicity of use, authentic references such as YouTube, Gmail or Google Maps. In short: remove the Google patina bare to some extent the phone. However, tackling the problem constructively allows you to overcome it.

Not having Google apps is a problem. And a motivation 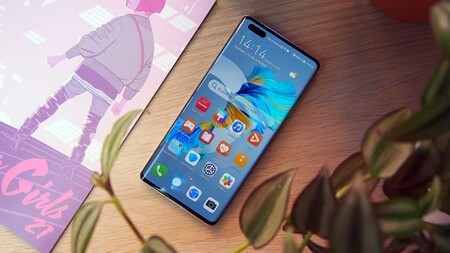 I have been professionally analyzing phones for over ten years, and many others testing the technology for myself. I would be unable to tell how many mobiles passed through my hands, surely hundreds. This background has made me demanding: for me to recommend a device it should offer a minimum of features. And of course, facing an Android mobile without the basic services that I have been using since I bought my HTC Magic with Android Donut almost twelve years ago, was a difficult shock to take.

Huawei has been one of my favorite brands since the impressive Huawei Mate 9 fell into my hands. And it just so happened that I could not test mobile phones from the brand since the famous veto. So, when the Huawei Mate 40 Pro first came to me, I unpacked the phone with a mixture of illusion and intrigue that lasted until I came across the wall that supposes the absence of Google services. My goal happened to be to solve that lack, however, by installing the Play Store and the rest of the software in parallel.

Huawei closed the key to the main installation route of Google Apps on non-certified mobiles: LZplay. It also does not allow unlocking the bootloader; so that it can not flash a recovery customized and, from there, install the Gapps. There is only one universal way to use Google applications on mobiles that do not pre-install their services: through applications that simulate a second user space, such as Dual Space.

Although apps like Dual Space allow you to use Google applications in a kind of simulated space, the higher battery consumption, the lack of privacy and having ads even to consult Gmail ends up leading to a bad experience

During my first confrontation with the Huawei Mate 40 Pro I made a point of doing my best to use Google apps. And it is a mistake that not only undermines the experience, it also makes a phone of the Mate category end up losing possibilities. So, after a pause in which I had to do without the phone (the camera comparison required it), I faced the absence of Google by changing strategy: from forcing the installation of their apps to forcing me to live without them. No point of comparison.

The key to enjoying a Huawei: finding authentic substitutes for Google

From my experience after a month since I faced the Huawei Mate 40 Pro for the second time, the best strategy to fill the lack of Google is not to try to access its services at all costs, but find alternatives that substitute its benefits in parallel. Sometimes we become obsessed with doing homework the same way we always do; so one obstacle, however minimal, is enough to end up frustrated with the device without it really being at fault.

It was clear to me that I would stop looking for a way to have the Play Store, and other Google software, on the phone. Given my usual use, I have a series of applications that are essential to me. These were my main objective. 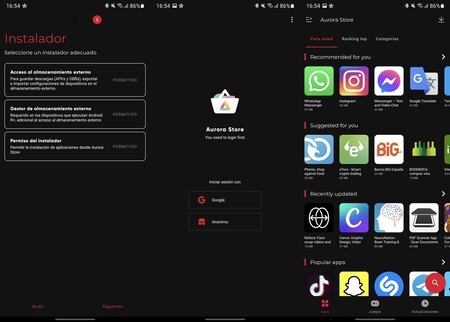 I did not have Google Play and I would not insist on installing it. Of course, nothing prevented me from accessing their free applications taking advantage of the passageway that opens the Aurora Store. It seems to me a real wonder.

With Aurora Store you can access Google Play apps without Google Play (only the free ones). You don’t need a Google account, but you can log in with your personal account (or create an alternative). Thanks to this, knowing which apps I have installed on other mobiles allowed me download them directly to the Huawei Mate 40 Pro.

I have to make it clear that Aurora Store offers the download of the apps, but that does not mean that they can be used on a mobile without Google services. However, my recommendation is that, before discarding an application because it makes use of the Play Services (the Aurora Store itself advises of this requirement in the loading tab of each app), is tested before to rule out its malfunction. 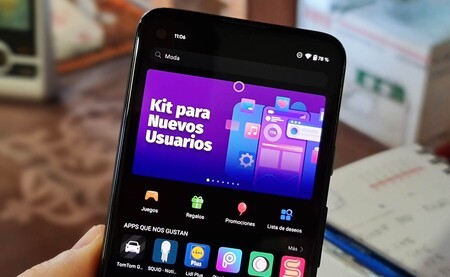 The AppGallery on a Google Pixel 4a

The brand is putting considerable effort into overcoming the problems caused by the software veto, the AppGallery is an example of that commitment. It is not that the Huawei store can replace Google Play since a good part of the applications are not in its catalog (nor will they be, the veto is to blame), but it is true that little by little the list of possibilities is being completed.

I have been able to install some app that I use from AppGallery, such as the one from my bank and those that I use from Microsoft. In free games you have a good range of options. And it offers direct access to progressive web applications in the event that the software in question is not in the store. The Huawei App Gallery global search engine is as complete as it is functional.

Finding alternatives to my must-have apps 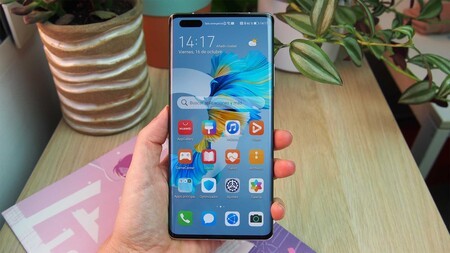 We all have a group of apps without which a smartphone stops making sense. In my case, many of those apps are the ones that make my work easier; Hence, if I do not have access to them, I lose possibilities when it comes to removing the office from home. Or when it comes to solving a problem that arises outside of working hours.

Below you have my list of essential applications, dependent on Google Play services, and how I have managed to replace their use.

Many other applications that apparently do not go without Google services later it turns out that they do work: my recommendation is that your download is tested before discarding its use. Do not be afraid to experiment: as I have verified from my own experience, there is not only life beyond Google, that life can be, on top, much better.