I have to admit that I am not a mobile player and that of the few times that I do, the games that attract me are those addictive that don’t require a large learning curve and that they have me trapped during the few moments of leisure that I spend near the screen. Y one of the recent discoveries has been Traffix and the Google Play Store.

It is true that it does not reach the level of excellence that the two titles of “Alto’s Adventure “and” Alto’s Odyssey “, but Traffix is ​​a simple and effective game that promises to keep us hooked. And that the theme could not be simpler. Manage traffic on different types of urban roads and other types of roads avoiding collisions and collisions. 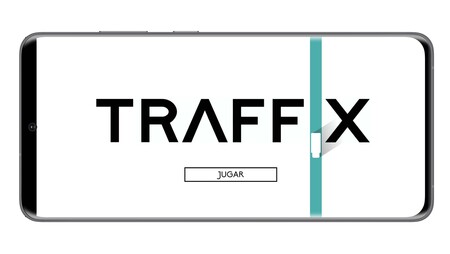 In terms of graphics, there is little to comment on about Traffix. A minimalist design, with graphics raised to a minimum in which the white wallpaper gives prominence to a road or highway with different types of traffic that we will have to manage.

In fact, reminds me quite of the Crossy Road that I played years ago, but now perhaps with a less childish and more current touch. And substituting animals for vehicles. 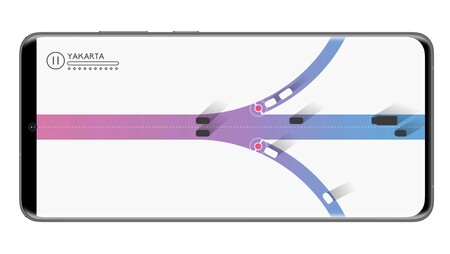 Cars, trucks, buses, planes … different types of transport that we must avoid making only use of a traffic light and a touch on the screen. Interleave traffic fluids but avoiding collisions that penalize us.

We will move through different cities of the world (Rome, Paris, Jakarta, Tokyo …) and each one will have a different circuit in which to move in normal traffic level or in chaos mode, with a higher difficulty. We will unblock each city from a higher level as we progress. 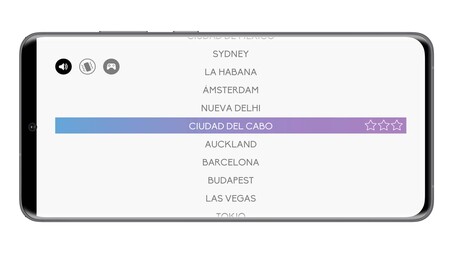 Among the options offered by the title, very few, as simple as its graphics. Ability to use a remote instead of the on-screen control that can sometimes make vision a bit difficult, as well as remove vibration and sound. And to improve visibility a colorblind mode.

The game is not free, but the price is very low, 0.99 euros and it can be a good option to spend leisure time in front of the mobile with light content. I have tried Traffix, an addictive game on Android to test reflexes by managing traffic