Motorola One Fusion, specifications and features

It was in April when there was talk of a possible mid-range terminal Called Motorola One Fusion, and already in the month of May, a Plus variant of that model appeared on YouTube. In early June, both phones suffered a massive leak, but ultimately, the company only officially unveiled the Motorola Fusion +.

Just a month later we have finally met the Motorola One Fusion “dry”, which comes as a more moderate version of the previous one with reduced benefits in most sections. The Snapdragon 710 processor and the 48-megapixel main sensor quad camera are two of its most important features, let’s look at the rest.

Snapdragon 710, notch and four cameras on the back 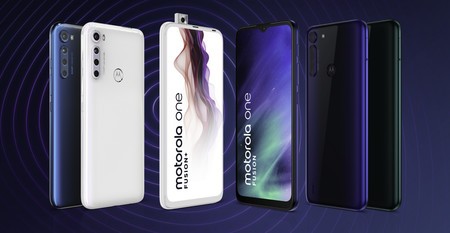 The first thing that catches the attention of the new Motorola Fusion is its 6.5-inch LCD screen with HD + resolution that, unlike the Plus model (which opted for a retractable mechanism), includes a V-shaped notch to house the front camera.

Inside, we find the Snapdragon 710 processor from Qualcomm along with 4 GB of RAM, 64 GB of internal storage and the Android 10 operating system. What it does share with its older brother is the large capacity battery, specifically 5,000 mAh, although in this case Motorola does not specify if it has fast charging.

In the photographic section, the Motorola One Fusion also bets on a quad camera, but in this model, the main sensor is a Samsung GW1 48 megapixel Powered by Quad Pixel and Night Vision technology, accompanied by an 8-megapixel wide angle, a 5-megapixel macro sensor and a fourth 2-megapixel sensor for depth calculation.

The front camera, meanwhile, reduces the resolution from 16 to 8 megapixels. The rest of the important specifications are completed with the rear fingerprint reader Integrated in the brand logo and the usual connectivity options for a mid-range phone: 4G, WiFi, Bluetooth 5.0 and a USB-C port.

Versions and price of Motorola One Fusion 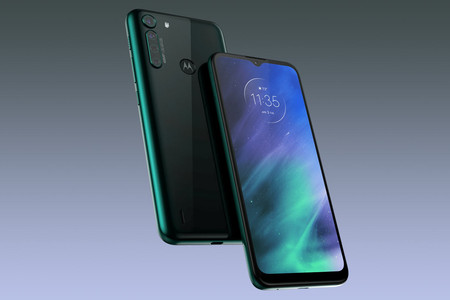 The Motorola One Fusion is already available in several countries in Latin America. There it is marketed in a single configuration with 4 GB of RAM and 64 GB of storage, and in two different colors: emerald green and ocean blue for about 1,299,900 Colombian pesos, which is equivalent to about 310 euros to change.

The company has confirmed that this phone will also arrive in Saudi Arabia and the United Arab Emirates next month, but has not given details about its commercialization in Europe.

Motorola One Fusion: less power and resolution for a new mid-range model that keeps its big battery