After some previous leaks The Motorola One Vision Plus is already official in some countries in the Middle East. The new phone has a more or less affordable price and is identical in design and features to another 2019 mobile, the Motorola Moto G8 Plus.

Motorola has been updating its mobile catalog during 2020, but it has not distributed the same phones to all countries. Even has changed the name of some smartphones to distribute them in other markets than the original; as was the case with the Motorola Moto G Pro in Europe (it is the American Moto G Stylus) and the most recent Motorola One Vision PluIt’s already available in some countries in the Middle East. This improved version of the original Motorola One Vision is a Motorola Moto G8 Plus: the brand has renamed it to continue marketing it in 2020. 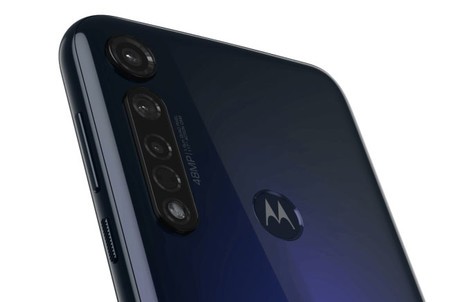 The new Motorola One Vision Plus is official and is also for sale, although only in selected countries. Motorola distributes it in the MEA zone (Middle East and Africa) and can already be purchased on the Amazon page of the United Arab Emirates. Its price is 699 dirham, about 169 euros to change.

Despite the fact that the mobile is new, Motorola has only renamed the Moto G8 plus to distribute it with a new name in another market. The mobile is still a mid-range powered by the Snapdragon 665, a well-known processor in this price segment. Of recognizable design in Motorola, Moto One Vision Plus offers 6.3-inch screen with top cutout for front camera (notch in the form of a drop of water), it includes 4 GB of RAM memory, 128 GB of storage and 4,000 mAh of battery, among other key features.

Below you have the data sheet of the Motorola One Vision Plus.

The mobile is already on sale in the United Arab Emirates, as we said, although in other markets it can also be obtained (such as Spanish): just look for it as Motorola Moto G8 Plus. They are both identical.