In this series we remember mobiles from the past that caught our attention by going out of the ordinary. After talking about the Samsung Galaxy Round, LG G DoublePlay, Samsung Galaxy Beam, Sony Xperia Play and others, today it is the turn of the Samsung Continuum, second screen pioneer.

It was 2010, with Android still young and crazy mobiles, when Samsung tried to boost mobile productivity with a second AMOLED screen which, curiously, was integrated under the navigation buttons.

The above specifications are not very impressive today, although we must remember that they are from a decade ago. The Samsung Continuum, despite not including it in its name, was a variant of the Samsung Galaxy S, so that. As far as it goes, it wasn’t too short on spec.

The Samsung Continuum had typical specifications of its time, with the powerful -by then- 1 GHz Hummingbird processor, albeit with little RAM.

For example, the processor Hummingbird a 1 GHz It is the same that was mounted on the Samsung Galaxy S and Samsung Google Nexus S, although with less RAM: only 336 MB. A somewhat fair amount even for its time, especially for a mobile that seeks to increase productivity. 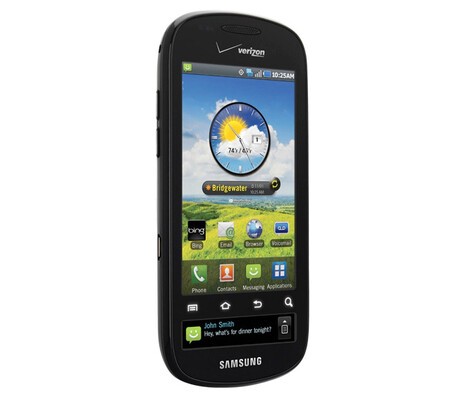 As you would expect for mobiles back then, the Samsung Continuum was a chubby little one, with a 3.4 inch main screen with a resolution of 480 x 800 pixels, with four capacitive buttons -including the search- and its most characteristic feature, a second 1.8-inch screen just below.

All this, without mounting a front camera and with a 5 megapixel rear camera for photography. The terminal included a 2 GB storage to be distributed between data and the system, expandable by means of a MicroSD card.

The Samsung Continuum was a strong mobile, with a thickness of 12 mm

As for the battery, the Samsung Continuum mounted a 1,500 mAh removable battery, which was the standard for the time. All this, with 3G connectivity and Android 2.1 pre-installed, which would later be updated to Android 2.2.

The Samsung Continuum is the first mobile with a secondary screen

At first glance, the Samsung Continuum looks like one more mobile than those launched in the early days of Android: shaped like a pill, chubby and huge frames, but its peculiarity was in your secondary screen, which was christened Ticker.

This screen, although it was located in a somewhat peculiar place -between the buttons and the logo- allowed you to read notifications and information such as news, weather, social media updates, mail or text messages. All this, without having to change applications.

That is, the idea behind Ticker is that, for example, you could find out about sports results while writing an email, without alternating between applications. Nowadays it would be possible for example using the split screen or a PIP function, but Android back then was much rougher. The Samsung Continuum offered hardware to alleviate the software deficiencies of the time.

The idea was that this secondary screen would allow you to save batteryIf you activated it to find out what’s new instead of turning on the main screen. The problem is that the sensor to activate the screen did not work very well and Samsung never opened the APIs so that developers could use it in their applications, so its use was very limited.

Is there such a thing today?

The Samsung Continuum is one of those terminals with crazy concepts that were so abundant in the early days of Android and that did not have much impact. There was no second part and Samsung more or less forgot the idea of ​​the second screen for a season, though not forever.

While not technically a second screen, the spiritual heir to the in-house Samsung Continuum is likely the Samsung Galaxy Note Edge, which used the curve on one of its sides to display information. We are already talking about 2014 and a terminal with 3 GB of RAM, instead of 336 MB. 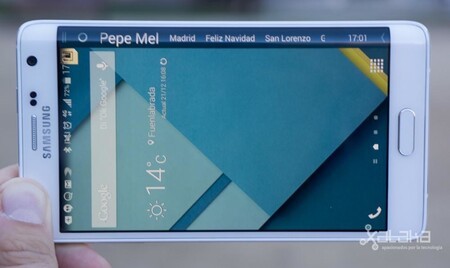 In a way, the Samsung Galaxy Note Edge is the spiritual heir to the Galaxy Continuum

However, if we talk about second physical screens, it would be another South Korean manufacturer that would take up the idea, LG. The LG V10 repeated the play already in 2016, with a small 2.1-inch screen that this time included on top. Probably a more meaningful location, because that way you didn’t have your hand in front of you when using the buttons on your mobile.

Six years later, the idea was basically the same: have shortcuts always at hand, in addition to displaying information and notifications. The next generation, the LG V20, once again bet on the upper secondary screen, although it would be its last chance. The LG V30 already did without it. 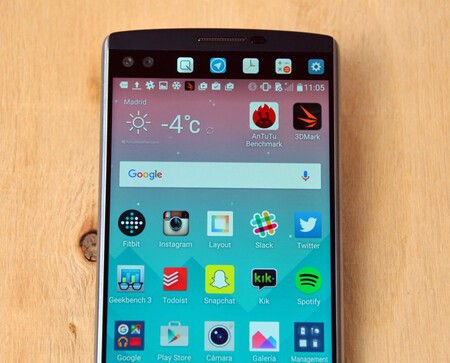 Six years later, LG was doing more or less the same, but with the secondary screen on top.

With the advancement of Android multitasking features, the need for an additional screen to consult information is reduced. The software and processing power is already sufficient to be able to use several applications at the same time or increase multitasking capabilities through software and solutions such as split screen or floating screens.

The secondary screen has been resurrected in folding mobiles and as a “gimmick” in some old screw terminals, such as the Xiaomi Mi 11 Ultra

However, the idea of ​​the secondary screen is having a second life in folding mobiles, in this case more like a necessity. When folding the terminal, the main screen is hidden, so that a second screen is integrated to continue having access to the information. The Samsung Galaxy Z Flip 3 is a good example of a secondary display in the style of the Samsung Continuum, but modernized. It also serves to display information and thus avoid having to open the mobile and turn on the main screen. Xiaomi has resurrected the secondary screen, putting it behind

Another way we’re seeing secondary screens reborn is like gimmick so you can make yourself selfies with the main camera, as is the case with the Xiaomi Mi 11 Ultra, as well as to justify the surname “Ultra”. At the moment, there are still quite a few terminals that bet on the second screen, but it certainly seems that the idea still makes sense, in its own way, ten years later.