Possibly not many will remember it, but back in 2016, Samsung officially introduced the Galaxy Wide, a low-mid-range terminal which was advertised and marketed in the company’s home country: South Korea. With this launch, the manufacturer inaugurated a line of devices that, although it does not reach other markets, it does continue to receive new members.

The last to arrive has been the Samsung Galaxy Wide 5, a mid-range model that brings 5G connectivity on board thanks to Mediatek’s Dimensity 700 processor. In addition, it mounts a 5,000 mAh battery and a triple rear camera. Some rumors claim that it could reach other markets such as Galaxy F42 to replace the Galaxy F41 that we met last year.

Datasheet of the Samsung Galaxy Wide 5

Bet on battery and connectivity 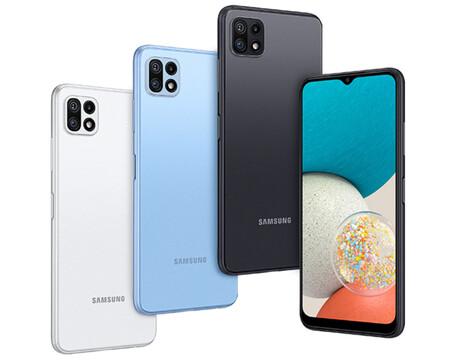 The Galaxy Wide 5 includes a 6.6-inch Infinity-V LCD display with FullHD + resolution and a notch to house the front camera, which is 8 megapixels. The rear camera, meanwhile, is made up of a 64-megapixel main sensor, a 5-megapixel wide-angle and a 2-megapixel depth sensor.

It comes equipped with MediaTek’s Dimensity 700 processor, along with 6GB of RAM and 128GB of internal storage expandable with a microSD card (up to 1TB). The operating system is Andorid 11 under One UI and the battery has a capacity of 5,000 mAh with support for 15W fast charging. It also includes a fingerprint reader located on the side.

Versions and prices of the Galaxy Wide 5

The new Samsung Galaxy Wide 5 has gone on sale in South Korea in three different colors: black, blue and white. Through the local operator SK Telecom it is possible to get it at a price of 449,900 South Korean won, which is equivalent to about 326 euros at the current exchange rate. It is sold in a single variant with 6 GB of RAM and 128 GB capacity.