Google develops several applications to improve the lives of those who have difficulties when dealing with technology, such as the Look to Speak app: with it anyone you can talk on the phone just by using your eyesight. This accessibility application offered its functions in several languages, but it was not until now that Google introduced Spanish. It can now be downloaded updated.

The telephone is very easy to use for someone who does not have speech, hearing or touch difficulties, but it can become a great barrier for those who most need to communicate with others. Fortunately, operating systems are becoming more accessible; while the companies that develop them investigate to eliminate the greatest possible number of technological barriers in order to facilitate daily life. Because, what is an excellent idea to be able to speak to another person with only your eyes?

Look to Speak: talk just by looking at your mobile

Google developed the app for facilitate conversation for those who have difficulties speaking and also moving. The idea is that the front camera of the phone detects the user’s gaze so that they can select predefined phrases with which to communicate. All without touching the mobile at any time and without any other type of interaction apart from the gaze.

Look to Speak is just as its name proclaims: just look at your mobile to make it speak. What’s more, Google has revamped the language catalog to include the always welcome Spanish: from now on it is possible to use the tool in our native language.

The application offers two columns with words and phrases that are selected facing left or right. Look to Speak will narrow the selection depending on the movement of the eyes and will read what is chosen aloud in order to communicate it to the interlocutor. By default it brings a list of basic and common words, although it allows adding any other according to the user’s needs, also complete phrases. 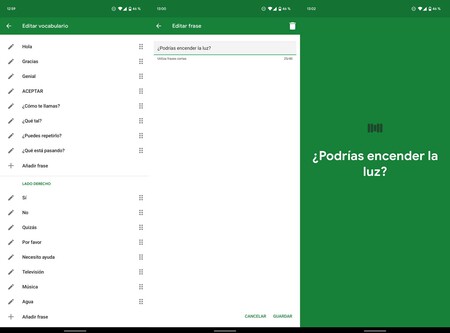 Look to Speak does not require excessive learning, it is simple to use and can be very helpful for those who are immobilized, for example. It is not as powerful as Tallk-style apps that use the eye tracking to put words together letter by letter, but it does enable basic communication without undue complication.

The Google application is available in the Play Store with the Spanish language already included. It is suitable for Android 8 and higher. 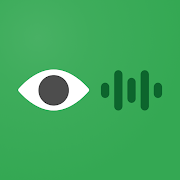