In February last year, after the usual round of rumors and leaks, Motorola officially unveiled the seventh generation of his Moto G family, which was made up of the Moto G7 Play, the Moto G7, the Moto G7 Plus and the Moto G7 Power. All of them arrived on the market with Android 9 Pie on board, but little by little we have seen how they were welcoming Android 10.

The first to do so was the Moto G7 Plus, back in January, and then the Moto G7 followed in May and the Moto G7 Power only a few days ago. The only one left to receive the latest version of Google’s operating system It was, therefore, the Moto G7 Play, which today has finally begun to be updated. 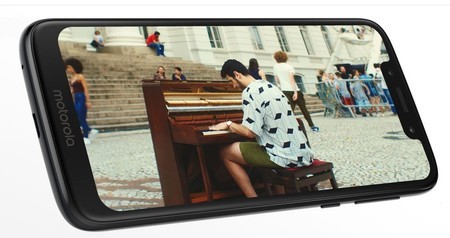 The Motorola brand, owned by Lenovo, has found one of its great sources of income in the Brazilian market and that is why It is usually in Brazil where he usually performs some events, he puts new phones on sale and begins to deploy the updates, as has happened in the case of the mobile in question, the Motorola Moto G7 Play.

This terminal, belonging to the Motorola entry range, came to the market in April 2019 with Android 9 Pie as the operating system and it has not been until now when it has started receiving Android 10. And as it already happened with the other members of the G7 family, said update basically incorporates the Android 10 news without additives or additional changes by the customization layer, as it happens in other brands.

As we see in the image, it is about a stable and official update It is labeled QPY30.52-22, although the version number may differ between countries and / or operators. However, and although this phone mounts a 64-bit processor (the Snapdragon 632), from XDA they warn that the Moto G7 Play continues to run legacy 32-bit software even after the Android 10 update.

As usual, OTA updates are progressive and are gradually being distributed through different areas until reaching all users, so if you own a Moto G7 Play, you may have to wait a few days to receive it. When that happens, you will be able to enjoy, among other innovations, a new gesture control system, a dark mode throughout the system, an improved notification system and improvements in performance and security.