This new phone, encompassed within the manufacturer’s entry range, arrives with major improvements compared to its predecessor, among which are an increase in RAM, internal memory, battery and screen, in addition to a 48 MP rear camera and the Snapdragon 662 processor. Let’s see at what price, in what variants and when it will be available in our country.

Price and availability of the Moto G9 Play 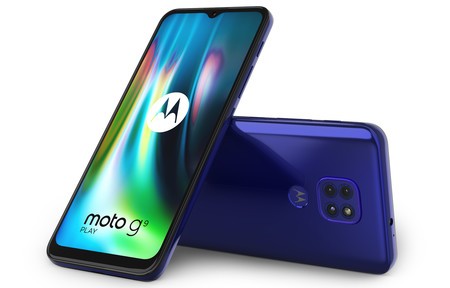 As confirmed by Motorola itself, the new Moto G9 Play arrives today in Spain with a suggested retail price of 199 euros and a promotional discount of 20 euros per pre-purchase. It is sold in two different colors (blue and green) and in a single configuration with 4 GB of RAM and 64 GB of expandable internal storage.

The screen of the Moto G9 Play is a 6.5-inch LCD panel with HD + resolution (1,600 x 720 pixels) and a drop-shaped notch. The fingerprint reader is once on the back (in the Motorola logo), next to the main camera module, which is now square and is located in the center.


We are talking about a camera that maintains its triple configuration, but now includes a 48 megapixel main sensor with two additional 2 megapixel sensors: one for depth reading and the other for macro photography. The front camera is still 8 megapixels.

The brain, now signed by Qualcomm, is a Snapdragon 662, which comes accompanied by 4 GB of RAM and 64 GB of storage expandable with a microSD card up to 512 GB. To feed, it has a 5,000 mAh battery with 20 W fast charging, and as an operating system, it brings Android 10 with My UX, which includes the Moto Experiences. In addition, it has a headphone jack, NFC connectivity and a dedicated button for Google Assistant.