Although there are many elderly people who manage perfectly with the latest in smartphones, there are also a large number of them who, although they want to stay connected, they are not so used to technology. For all of them, it is possible to find several models on the market that stand out for their simplicity and affordable price.

Another option we have is to configure any mobile phone so that an elderly person can use it more easily. And this is where we find the ‘BaldPhone’ app, a launcher for Android which adds a more accessible interface and some practical functions such as a distress button or a reminder for the pills.

The full name of the application, ‘BaldPhone – elderly senior accessible launcher’, already gives us an idea of ​​what it is and what it is for. Basically, it is a launcher that replaces the interface of an Android smartphone with a larger, simpler and more accessible one.

According to its creators, ‘BaldPhone’ is “a product of goodwill” that is not only designed for older users, but also for people with motor or visual disabilities and for anyone who has difficulties with the use of a smartphone. It is an app free, open source, no ads and without in-app purchases.

The only thing to do to transform the phone is to download ‘BaldPhone’ from Google Play, open it and choose the level of accessibility (High, Intermediate and Normal). The difference lies in the delay when pressing the keys and the method of scrolling horizontally and vertically (swiping or using arrows).

Our recommendation is to choose the medium to avoid excessive delay, although the high level can be useful to prevent accidental keystrokes. Also, you have to set ‘BaldPhone’ as launcher or mobile home application default. To do this, follow the following steps: 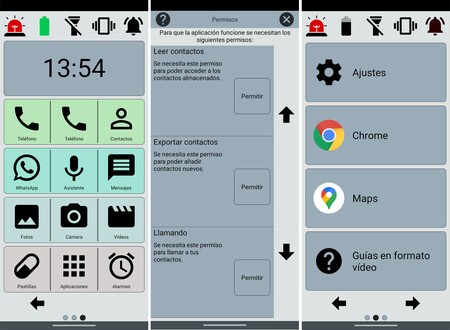 From there, our home screen will change to a mosaic of large and very intuitive icons. Of course, as usual in launchers of this type, ‘BaldPhone’ will require you a lot of permissions to access all other applications on the phone and make changes to it.

Once granted, the default home screen gives us direct access to the most common and useful applications for the elderly (Phone, Contacts, Messages, Photos, Camera, Videos, Messages and Alarms).

However, there is the option to edit that home screen by including shortcuts to other applications (such as WhatsApp or FM radio, for example). Also we have an app called ‘Pills’ to set reminders with daily medicines.

Also, at the top of the clock, we will see a bar with five very practical functions. From left to right, the SOS button, the remaining battery, the flashlight, the vibrate / sound / silence mode and the notifications. To the press the SOS button, it is possible to call three previously defined contacts (by default, one of them is 112). 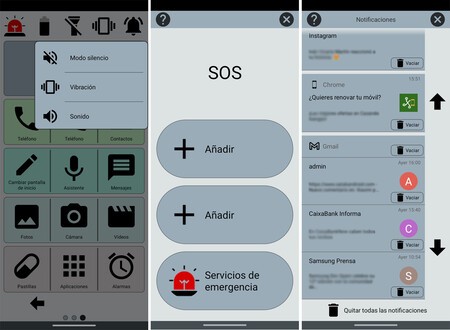 As you can see, ‘BaldPhone’ is a good launcher for all those who are not familiar with the use of smartphones, but it is aimed especially at older people because, in addition to a simple interface, provides a couple of very useful applications (SOS button and pill reminder). And all this in a free app, without ads or added purchases and in several languages ​​(including Spanish). For something, it has 4.4 out of 5 in the average Google Play rating. 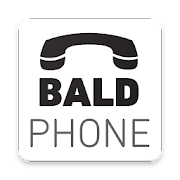