A month ago there was a rumor that Google was going to renew your full Android TV interface, and that it could change its name to Google TV, but the latter has yet to be confirmed. The new Android interface for televisions was confirmed yesterday unofficially after the leak of the successor to Chromecast Ultra.

Android TV It prepares its second complete renovation after its last redesign of 2018 after its jump to Android 8 Oreo. With Android 10 we will see with Android TV it will be much more like Amazon Fire TV.

This will be the new Android TV 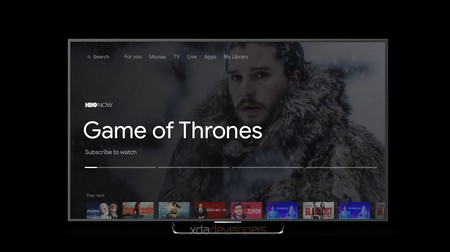 The new Android TV interface, like the Amazon Fire TV, will show on the cover recommendations on streaming services to hire, new series, movies and co. It seems that the integration with HBO, Neflix and Disney + will be total with the home screen.

At the top we will see the ** different sections as tabs **: Search, For you, Movies, TV, Live, Applications and My bookstore. After the recommendations we will see a section to continue watching the series and movies that we have pending. 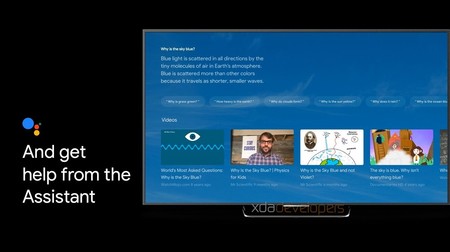 The new Android TV will also debut a more visual interface of the Google Assistant plus a greater integration with Google Home to be able to control home automation devices from our television. For example, if we have an intelligent video door entry unit, we can see the video image, answer and open the door from the television.

There will also be integration with YouTube TV (USA) to be able to see all their channels in streaming from the “Live” section. It remains to be seen if this integration with the streaming channels also comes through other services such as Movistar +, Vodafone TV and co …

The new Android TV in video

All these novelties can be seen on the move thanks to the leaking of a video teaser of the next version of Android TV, where everything is totally fluid and it has smooth transitions. We will have to see if everything goes as smoothly when we see it working on real devices.

The new Android TV video interface is filtered: this will be its most important renovation