The market for activity bracelets is booming, and proof of this is that most mobile manufacturers have their own proposal in this regard. There are the examples of the Huawei TalkBand B6, the Xiaomi Mi Band 4C, the Realme Band, the Honor Band 5 or the OPPO Band, to name a few recent launches.

Another company that also has several alternatives of this type is Fitbit, which, as we already know, was acquired by Google at the end of last year. That has not stopped him renew its catalog of wearables with the launch of three new devices: two watches (Fitbit Versa 3 and Fitbit Sense) and a bracelet (Fitbit Inspire 2). The latter comes to succeed the Fitbit Inspire HR, which was released last year.

Up to 10 days of autonomy 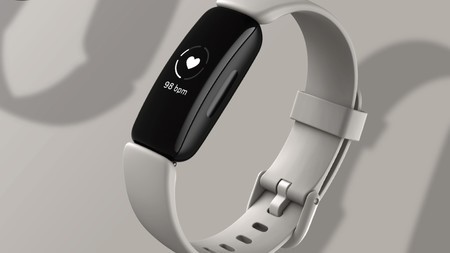 The new Fitbit Inspire 2 has a similar design to the Fitbit Inspire and maintains the curved AMOLED front panel grayscale, the side haptic button and the rounded finish, but has managed to reduce its thickness slightly. Regarding its battery, it promises up to 10 days of autonomy.


At the bottom, we find the magnetic charging port and the heart rate sensor. One of the novelties is in the Active Zone Minutes function, which analyzes the heart rate zones in which we move while we exercise to optimize our workouts. In this sense, it can dive 50 meters deep and is compatible with more than 20 sports modes and SmartTrack.

It is also able to analyze sleep, as well as controlling the steps you take, the distance you travel and the calories you burn. Through the Fitbit app, you can also keep track of your menstrual cycle and the food you eat. It has a timer, stopwatch, silent alarms, a night mode and a Do not disturb mode that pauses notifications.

The new Fitbit Inspire 2 bracelet can now be reserved through the Fitbit website and at select e-commerce stores. Have a official price of 99.95 euros and includes 12 months of access to Fitbit Premium for new users. It comes with two different size straps and is available in three colors: black, grapefruit pink, and ivory white.

Fitbit Inspire 2: up to 10 days of autonomy and heart rate control for less than 100 euros