Voice Access is not a new invention. It was launched by Google in 2016 as an accessibility tool to be able to control the mobile with the voice with simple commands, using numbers or using a grid superimposed on the screen. The system was working pretty well on its own, but Voice control improves on Android 11 beta.

In Android 11, Voice Access voice control “understand” what is displayed on the screen and its context, generating labels and access points for accessibility commands by itself. In practice this means smarter, less robotic and easier to use voice control.

If you are interested in Voice Access, you can use it on any terminal with Android Lollipop or higher, although you will need the latest beta of Android 11 to access the smarter version. The application is available on Google Play, from where it must be downloaded, since it does not come pre-installed in the terminals. 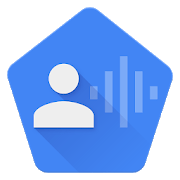 After installing the application, it is time to activate its accessibility service. The application itself guides you through the process the first time you open it, although the process is basically to tap on its name in the settings and activate Use voice access in your settings. Optionally you can activate the Direct access to Voice Access, which allows you to start voice recognition automatically by pressing and holding the volume keys. 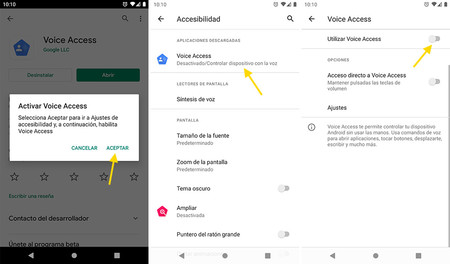 Then it is time to grant special permits. First of all, you need to give Voice Access permission to fully control your device, which includes seeing and controlling what happens on the screen and seeing and performing actions, interacting with other applications and showing up on other applications. Then you will need to also give permission for you to manage your calls. 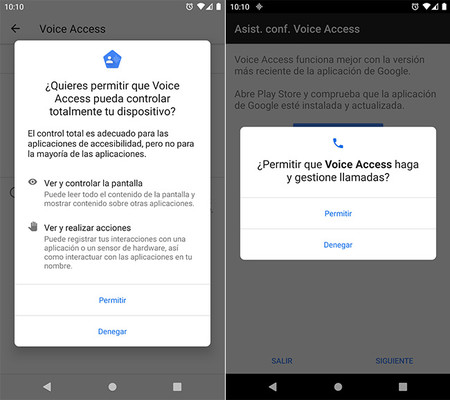 Controlling your phone with your voice with Voice Access is very simple, and even more so with Android 11, but it requires some initial learning. Luckily, the first time you activate it, it will welcome you an assistant who teaches you the first steps. It is highly recommended that you follow it to learn the basics. 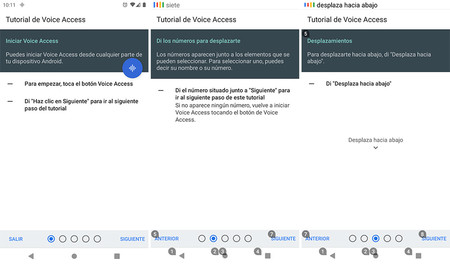 You can activate Voice Access with your voice (“Ok Google, open Voice Access”), just like the Google Assistant, in addition to tapping on its floating button. When it’s active, Buttons with numbers overlap on the screen that you can use to identify what you want to do. In this way, you can say “Press 4”, “Write in 3” or “slide up in 2”. For more complex uses you can display a grid so that you can choose precisely where to touch or interact on the screen.

In most cases, and here is the main improvement of Voice Access in Android 11, you do not need to use the numbers, but you can make a natural request and the system will interpret it according to context and application that you are using at the moment, making the system much less robotic.

Only the Voice Access surface is scratched in the configuration wizard, which in its four years of life has become more complex with each new version. The list of commands is extensive, and you can check it by asking what can I say?. You will then get a list sorted by categories with all the commands that Voice Access currently understands. 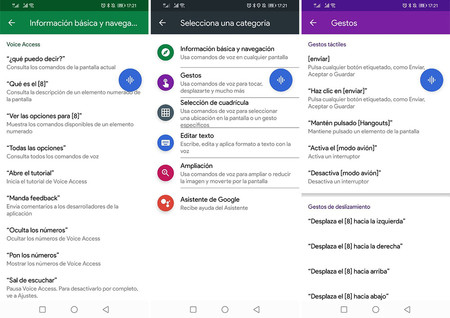 Thus, you can use commands as varied as “activate airplane mode”, “enlarge”, “turn on the flashlight”, “add a 3-minute timer” or “see the notifications”. When you don’t need to use Voice Access anymore, you can close it with voice, saying get out of listening.

With all of the above in mind, we have tested the new version of Voice Access on a Google Pixel 4 XL with Android 11 Newly installed beta 1. You can see the result of our test in the following video.

As you can see in the video, doing mundane tasks with your mobile phone only with your voice is not only possible, but quite intuitive. Some commands need to be repeated frequently, but the system recognizes the mix of numbers, button names and other elements well displayed on the screen.