OnePlus has just announced that OxygenOS 11 based on Developer Preview 3 is now available, the preview version before Android 11 is officially released. Both the OnePlus 8 and the OnePlus 8 Pro can already enjoy this update, as long as it is clear that we are not talking about final software and that there may be some errors.

So let’s tell you what are the main novelties of this OxygenOS 11 ROM based on the latest version of Android, as well as some of its known bugs so that you can assess if it is worth installing or if it is convenient to wait for the final software, for which there is no date set yet.

OyxgenOS receives one of its biggest updates with version 11

OyxgenOS 11 is the latest version of the OnePlus customization layer, based on the Android 11 Developer Preview 3. This is Google’s operating system in beta which, in our tests with the Google Pixels, is working quite well and stable form. In the case of OnePlus, there are great news when it comes to the customization layer. Specifically, from the OnePlus forum itself they list these news.

In the same way, list currently known bugs in this ROM, which are not many, but it is convenient to emphasize so as not to surprise us.

Basically OnePlus indicates that the system is still not stable, so we can find some problems when using this version. However, if you are brave and want to install it, these are the instructions to do so. 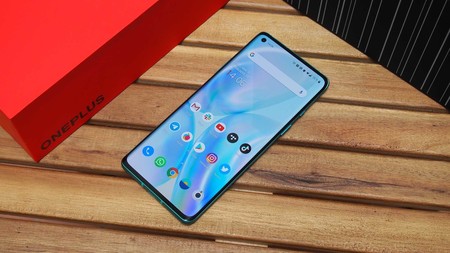 If we want to install OxygenOS 11 on our OnePlus 8 or OnePlus 8 Pro we have to follow the steps that we show you below. They are very simple and it does not take more than a few minutes to complete the whole process.

If you want to go back to the previous version you have the versions back to Android 10 for OnePlus 8 and for OnePlus 8 Pro, so you are always in time to return.