Google continues to advance its operating system for smart televisions, Android TV, through its own advances in the system and also adding features already present in other devices. It is the case of Voice Match who already accompanies the company’s assistant on multiple devices and prepares to set foot on their line of televisions.

Currently they can already be given voice orders to a TV with Android TV thanks to the integration of Assistant together with the usual presence of a microphone in the device controls. What is currently happening is that all orders are processed as commands from the user that is active on TV, and that is about to change. 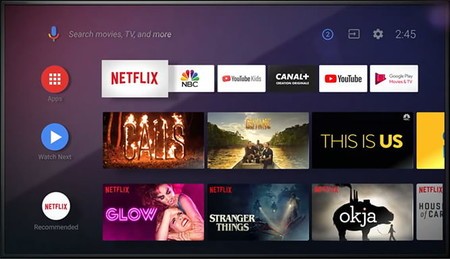 As we say, one of the future improvements that Google will integrate into Android TV has been released from the Google Search app for the company’s TVs. Specifically, version 4.2 of the application. In this app you can see how Google lays the foundations for a future, and upcoming, more aggressive integration of its assistant. And one of the improvements that will bring with it will be the Voice Match.

Voice Match is the Google Assistant functionality that allows you to not only know what we are saying to you but also recognize the person who is giving you instructions. The arrival of Voice Match to televisions with Android TV will allow devices to know which person in the family unit is requesting actions, so that responses can be personalized for each one

Apparently, users can thus give instructions to the television while it executes them in the correct profile of those registered in the device, regardless of which one is currently operating. We will be attentive to the moment when Voice Match officially lands on Android TV and, above all, to the moment when it begins to activate for Assistant in Spanish.