In this section we remember very popular applications a few years ago that for one reason or another have ended up being forgotten. After remembering applications such as Titanium Backup, Pixlr-o-matic or SPB Shell, today it is the turn of an application that practically everyone with an Android mobile back in 2011 has had installed: Advanced Task Killer.

Advanced Task Killer -and other similar applications- arrived at the beginning of Android to “tackle” a problem of the time: free memory at a time when mobiles such as the Sony Ericsson Xperia X10 or the Samsung Galaxy Mini launched with 384 megabytes of RAM. What became of Advanced Task Killer?

Unlike other applications that we have covered in this series, Advanced Task Killer was not so much an application that users installed because they wanted to, but rather because they were forced to do so for a reason: to speed up the phone a bit. Advanced Task Killer, or ATK for friends, was one of the task killers most famous of the beginnings of Android, although not the only one.

The concept of task killer It may be strange nowadays, but basically they were applications that showed you the active processes of the mobile so you could close apps. The idea, not without lack of pseudoscience and a lot of placebo effect, was that if you closed the applications you weren’t using, the system would go faster and you would have more memory for the applications that really interested you. 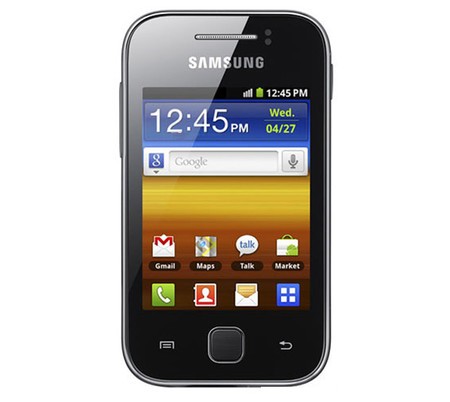 The Samsung Galaxy Y with 290 megabytes of RAM

Rivers of ink have flowed on the effectiveness or otherwise of these process killers, although this did not prevent a large part of the users from choosing to install one “just in case”. At the end of the day, unless you had a powerful mobile phone of the time, on Android at that time it was common for you to lose notifications or you could not open applications due to lack of memory.

Advanced Task Killer was just another process manager, although became in a way the standard, especially its free version. Among its star functions were a configurable level of aggressiveness for its automatic mode and the possibility of configuring exceptions.

What happened to Advanced Task Killer?

Over time, both Android and Android phones evolved, in a way rendering the concept of killing tasks obsolete to gain performance. The placebo effect is still there, but when the phone stops complaining about lack of memory and works with relative agility, you start forgetting to install applications to manage tasks.

Nowadays, Advanced Task Killer is not available on Google Play, although curiously there are hundreds of applications that copy its name, icon and concept. If you want a touch of nostalgia, the website of its original developer is still active, including the download link for its latest known version, version 2.1. 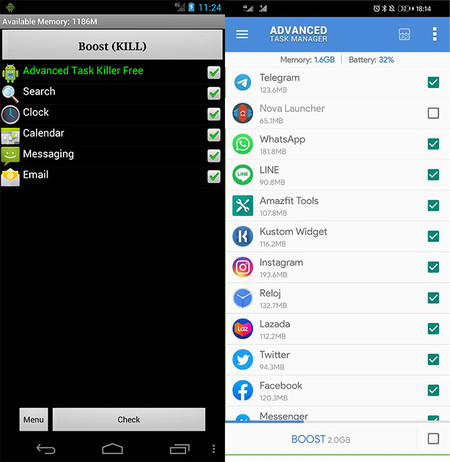 What you will find on Google Play are all kinds of clones. As of today, the most popular task manager on Google Play is Advanced Task Manager, with more than 10 million downloads and an average rating of 3.9 stars. It is a new generation of applications that, although with a more refined appearance, continue to do exactly the same thing ten years later: close applications.

ATK is not on Google Play, but you will find hundreds of clones

Of course, if we stick to the original Advanced Task Killer, its current state is frozen in time. If you install the APK of its website in a current terminal, the application opens, although it does not show the list of system processes and if, you try to free memory, it closes.

Does it still make sense today?

With Advanced Task Killer and the like, perhaps the most relevant question is not whether they make sense today, but if they had it at some point. Without wishing to rekindle the controversy about its usefulness or not approximately a decade after its peak, the most accepted idea is that its concept was wrong, when trying to equate Android to how Windows works.

Android doesn’t handle tasks like Windows. There is no single point of entry or exit, and an application that you are not using is paused or stopped, without consuming additional resources. If you reopen the app, it is ready to return exactly where you were. If not, the system will “kill” her when she needs those resources for other tasks.

ATK makes even less sense today than it did ten years ago, with phones with 12 GB of RAM and an Android with more efficient memory management

Furthermore, compulsively closing tasks can achieve the opposite effect to the one desired: slow down the system. This happens because some “killed” applications are relaunched as soon as they are closed, using more resources than if they were simply left in the background. 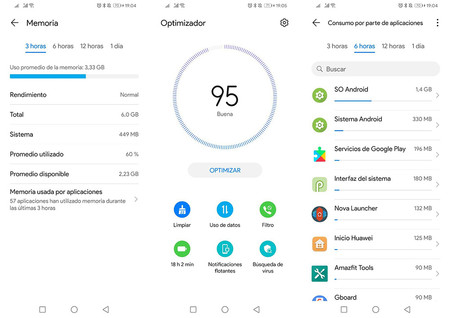 Even if you still consider that you need a task killer on your Android, over time the operating system has been integrating all these functions. Since recent view, “close everything” has been standardized, memory statistics are – a little hidden, yes – in the options for developers and the main customization layers include a maintenance app to close applications like Advanced Task Killer. You hardly need one more application for this on your mobile.