The Pixel Buds 2 or Pixel Buds 2020 arrived in Spain a little over a month ago and are now ready to receive their first update. Google’s first ‘true wireless’ headphones They have a fairly minimal design and come in a very recognizable oval charging case.

As we saw in the in-depth analysis, the differential point of the Pixel Buds is all the capabilities they offer thanks to, mainly, the integration with Google Assistant. In this sense, the update includes some additional functions such as the transcription mode. If in conversation mode we could have a conversation in another language and the headphones translate for us, with transcription we can obtain a translation of a longer text or speech. Of course, it can only translate from English to four languages, including Spanish (the others are Italian, French and German).

With the update we can also ask Google to disable touch controls so as not to activate them accidentally (something I assure you happens more often than I would like) or to tell us the remaining battery without having to open the app. 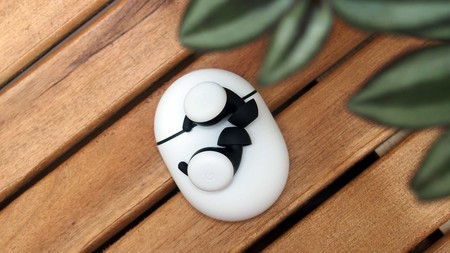 Another novelty that comes with the update is the bass enhancer or ‘Bass Boost’. Until now, in the app we had no option to equalize the sound and, although only enhancing the bass seems somewhat insufficient, at least we can now customize the sound a bit. A rather curious function is ‘sharing detection’. What it does is detect when we are sharing the headphones with another person and lets us adjust the volume of each headset independently.

There are more improvements, such as the one that allows see the Pixel Buds on the map if we lose them, even if they have disconnected from the mobile. Also released is ‘Attention Alerts’, a function in tests that detects important sounds such as a crying baby or an alarm and lowers the sound so that we can attend to it. The update is starting to roll out today, although at the moment we have not received it in our unit.