The wait is coming to an end: the alleged return to the roots of OnePlus can be booked in India and Europe from Wednesday, July 1. It will be called OnePlus Nord, it will be more content than its OnePlus 8 brothers and it can be purchased through invitations if you get a reservation. And with promotional gifts.

The supposed ‘cheap OnePlus’ has been circulating for months in the form of rumors. First as OnePlus Lite, a reduced version of the OnePlus 8 that was finally not presented. We recently learned that the phone existed and that it surely intended to adopt the name OnePlus Nord. And it was confirmed by the company; without that having hidden the surprise: The brand’s next phone is about to reach the first hands.

20 euros to reserve the OnePlus Nord with gifts 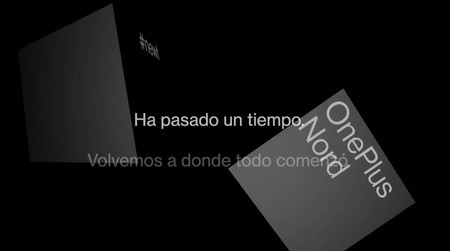 The idea is that all OnePlus ‘fans’ can book the brand’s next phone as soon as possible. For this, a presentation campaign has been created that recovers part of the strategy of the first OnePlus, the One: there will be an invitation system to distribute the Nord in a limited way and only to those who really want the phone. To complete this process, OnePlus will give away promotional items to all those who access the reservation.

The time is already running: in less than 24 hours, the OnePlus Nord reserve will be launched. It will be on this page and always in limited units: only the first to book will be able to receive the invitation with which to purchase the phone. The reservation will cost twenty euros; than will not be refundable in cashYes, as a discount: OnePlus will subtract the cost of the reservation from the final price of the Nord.

Despite the fact that the reservation is already fixed, and that there is hardly a day left for it to begin, all those who risk paying the twenty euros they will do it without knowing anything about the future OnePlus Nord. There are no official specifications, nor is the design. And of course we don’t even know the final cost of the phone. Even so, everything is ready for the presentation to begin: July 1, reservation; July 8, second tranche of reserve; July 16, third tranche of reserve.

Whoever reserves the OnePlus Nord will not know its characteristics, its design, will not know the price or when the phone will arrive

OnePlus has not given a definitive launch or presentation date: the reservation and invitations are made on an unknown mobile. It is expected that, as the reserve rounds progress, the brand will reveal specific details of the device.

OnePlus returns to its beginnings with the OnePlus Nord: reserve on July 1, invitation system and cheaper