As we can see, we are talking about a normal model and a Plus model, and the differences are only in size, although slightly in power. The Tab S7 + is bigger, with almost an additional inch and a half of screen, which gives it a higher battery and higher resolution. But in the rest they are virtually identical and here we tell you what weapons each one has to compete.

This is the Samsung Galaxy Tab S7 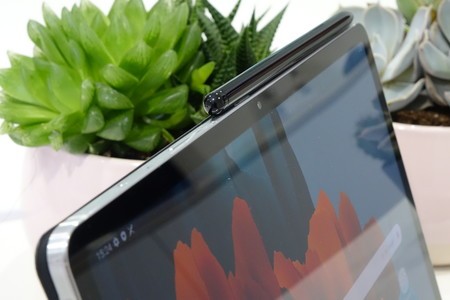 As a brain, Samsung is betting on an 8-core Snapdragon 865+ built in 7 nanometers that reaches up to 3.09GHz speed and is accompanied by two versions of RAM and internal storage. We will have 6GB and 128GB for the most basic model and 8GB and 256GB for the most advanced. Both are expandable with a microSD that cannot exceed the TB capacity.

The most basic model matches its older brother in almost everything, although it becomes more compact and easy to transport

In cameras we have a somewhat simple team, with Rear 13 and 5 megapixels thanks to a normal camera and another with a super wide-angle lens, and 8 front megapixels. The multimedia equipment is completed with four speakers with AKG sound and compatible with Dolby Atmos. The fingerprint reader of this Tab S7 is on the side of the tablet.

We close with the connectivity to tell you that there is WiFi only version 6, 4G version and 5G version and that all have, among other things, Bluetooth 5.0 and the S Pen characteristic of the line and the manufacturer. The new Tab S7 reaches a maximum of 502 grams in its 5G version

This is the Samsung Galaxy Tab S7 + 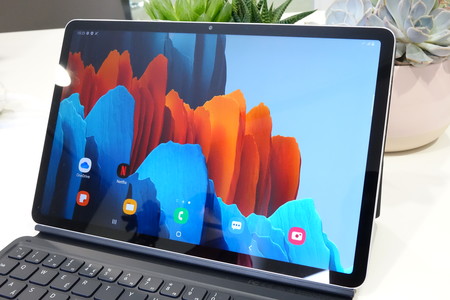 We grow in nomenclature and also in size and technologies. For example, the screen here is a Super AMOLED and its diagonal reaches 12.4 inches. The 16:10 ratio is respected, but the resolution is 2,800 x 1,752 pixels. Inside, an internal pile of 10,090 mAh with the same 45W fast charge than his younger brother. And the same S Pen hidden in the body.

The brain is the same Snapdragon 865+ at 3.09GHz and we also tied for memories as well as cameras. We have the rear 13 and 5 megapixels again along with the front 8 megapixels, as well as the four AKG speakers with Dolby Atmos sound. This Galaxy Tab S7 + take advantage of its AMOLED panel to place the fingerprint reader behind it.

New tie in connectivity with WiFi, 4G and 5G versions and a single weight for all models: 575 grams. The new Galaxy Tab S7 + arrives with Android 10 running under OneUI 2.1 and has a USB Type-C 3.1 port that it also allows to extract video and audio with an adapter, not included, to Display Port. 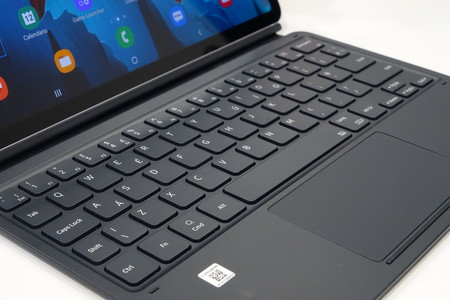 The new Samsung Galaxy Tab S7 and Tab S7 + will hit the market in three colors (mystic black, mystic silver and mystic bronze) from next August 21. The prices for each of the models have not been disclosed, we will be attentive when they are announced. Accessories such as the Bluetooth keyboard cover are available for both models, which are not included in the individual price and will also be announced later.