Xiaomi has raised prices by changing its strategy. They claim that they now sell premium high-end with “much better” features. This implied the launch of mobiles such as the Xiaomi Mi 10 Pro, which have come to compete from you to you with the best in the market and now, as we read in Gizmochina, we know this model will not be the most top from Xiaomi, since its Ultra variant is about to hit the market.

It is the Xiaomi Mi 10 Ultra, a model which will bet mainly on the zoom according to the leak, and that it will have a completely different rear design than the Mi 10 Pro, mainly due to the gigantic camera module that it will have.

This will be the Xiaomi Mi 10 ultra, according to leaks 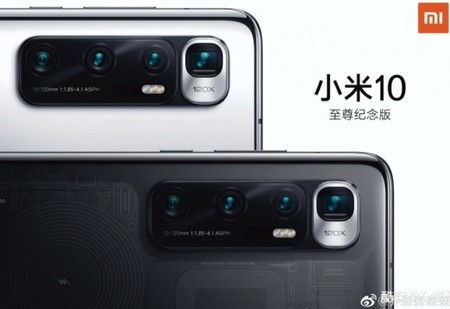 Banners have been leaked about a future Xiaomi Mi 10 Ultra that will be presented tomorrow, August 11, according to this information. The images show a terminal with a front part identical to that of the Xiaomi MI 10 Pro, but a rear starring by a gignatesco camera module. Specifically, we find four sensors, the one above being a periscope sensor. It is a camera that will allow the Mi 10 Ultra shoot at 120x zoom, a figure that exceeds the zoom of the Samsung Galaxy S20 Ultra. 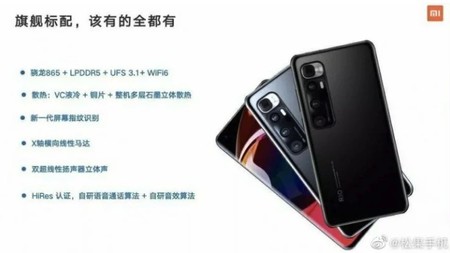 Specifically, it would cover a range from 12 millimeters (at wide angle) to 120mm. For the moment no news on which will be the main sensor nor on the resolution of the rest. What has been leaked is that it will have a Snapdragon 865, configurations of up to 16 + 512 GB with LPDDR5 and UFS 3.1 technologies respectively, as well as various finishes, one of them transparent.


Regarding the panel, it is expected to be the same with respect to the Mi 10 Pro, so we would have a 6.67-inch AMOLED screen powered by a 4,500mAh battery. Similarly, this Ultra model is expected to be the first Xiaomi with 100 or 120W fast charging, which would allow the device to be charged in less than 30 minutes.

Xiaomi Mi 10 Ultra: filtered the design and specifications of the high-end with 120x zoom