A couple of years ago, Google announced Flutter, a framework to facilitate – and above all to accelerate – the creation of apps for Android, iOS and basically any platform, in beta form. In December 2018 it was stable enough for the general public at version 1.0, and now Google has just announced Flutter 2.0 estable.

The second version of Flutter 2.0 improves and adds support for more platforms, bringing the apps created in Flutter to Android, iOS, Windows, Mac, Linux, and the web, without the need to make changes to the code.

Flutter is presented as a way to create native applications quickly and flexibly: write the code once and reuse it on all platforms. At first, Flutter was focused on Android and iOS, but with the second version it extends its tentacles to basically all devices.

With Flutter 2.0, applications built with Flutter can be launched with virtually no changes on five operating systems: Android, iOS, Windows, macOS and Linux. Version 2.0 supposes changes and improvements in practically all of them. 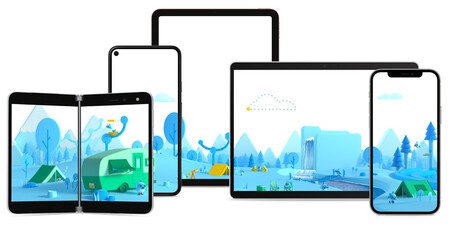 In addition to native applications, Flutter also allows you to launch web applications. In fact, one of the main changes in Flutter 2.0 is that support for the web is “production quality”. I mean, you’re ready to go to launch web applications launched on Flutter, compatible with Chrome, Firefox, Safari and Microsoft Edge. To reach this level, several new features have been added such as control over the address bar or PWA manifests.

With virtually all platforms conquered, Flutter’s next goal is all form factors. Google has announced a collaboration with Microsoft to improve Flutter support on foldable Android devices like the Microsoft Surface Duo. 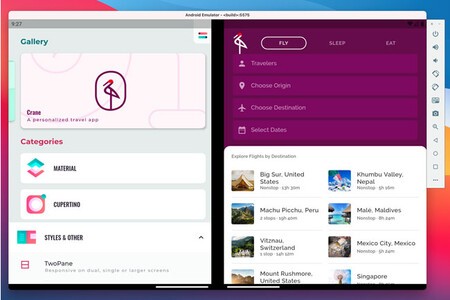 As if this were not enough, another strategic alliance with Toyota means that Flutter will reach TV and integrated entertainment systems in Toyota cars. Three years after the launch of Flutter and two versions later, what started as little more than an experiment has spread to virtually anywhere there are applications.

If you want to start messing around with Flutter, you can download version 2.0 of your SDK now for Windows, Mac, Linux and Chrome OS from its download page, as well as test it from its website or in the different Codelabs available.