He Google Assistant It is preparing for the new normality of back to school, where in many areas of the world distance classes will be the order of the day, and for this the company launches two important novelties.

These are two new features that will help us organize our day thanks to Family Bell and to communicate better with specific broadcast messages. 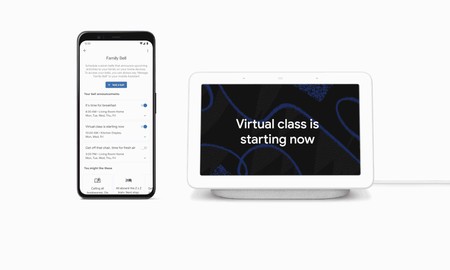 As leaked a few days ago, the Google Assistant releases the Family Bellnew ones reminders They will sound on the speakers and smart screens of our house to warn us that we have to do a task, such as notifying that it is recess time, nap time or math time.

Reminders can be created from the Google Assistant application or from the “Hey Google, create a Family Bell” command. There you will be able to create the reminders, select the time and days that are repeated throughout the week and select in which speaker we want that alarm to sound. At the moment Google reports that this novelty is only available in english from the United States, United Kingdom, Canada, Australia and India. We do not know when it will reach Spanish. 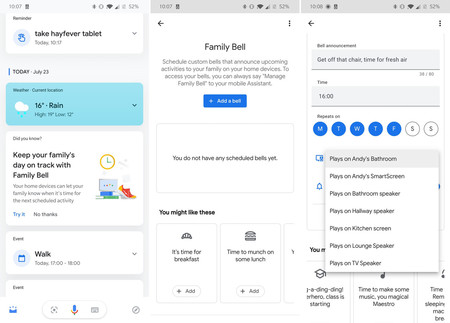 The latest news is that if we announce a voice message through a speaker or smart screen. Until now, if we used to send a message, it would be played by all the devices in the house, but now Google informs that we can send a voice message to a specific speaker saying “Hey Google, announce in the bedroom that