Artificial Intelligence and machine learning acquire new levels thanks to the Pixel 6: Google launches a improved instant translation system. According to the company, the new Live Translate allows conversations in other languages, both in voice and text. And without the need for Internet: the entire process is carried out on your mobile.

There is no company that has put more effort into AI than Google: it has been extending the capabilities of machine learning (Machine Learning) to all the areas it touches, whether software or hardware. With the presentation of the Pixel 6, Google’s AI increases its capabilities to make life easier for multilingual conversationalists.

A WhatsApp in another language translated instantly 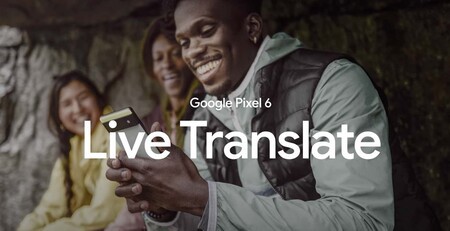 Live Translate was anticipated a month ago in the form of a leak: thanks to Google’s voice recognition, and its translation services, it is possible converse with another person without having to speak the same language. This function is integrated into the Pixel 6.

With the improvement introduced in the new phones, Google promises to eliminate the language barrier within messaging applications. Live Translate remains active in the background while analyzes the text of the messages in search of a language other than that of the phone. Once a foreign conversation is detected, Live Translate will instantly translate the texts without the phone owner having to intervene. And it will also translate the owner’s own messages.

The new translation functionality is not only activated with messages, Google has integrated the offline interpreter mode on the Pixel 6. As the translation app already allowed, two people can speak in different languages ​​using the phone as a bridge and without Google receiving any information on the mobile: everything is done locally. As if a translator were present.

Instant translation is also integrated with Google’s camera: just like Lens, the new functionality Overwrites translated text on screen just by pointing the camera. Like the rest of the Live Translate news, the camera does not need a connection either: all the work is done by the Pixel 6 and its Tensor processor.

The instant translation of the Pixel 6 currently Works in English, French, German, Italian, and Japanese, According to Google. It is expected that the company will expand support for the most widely spoken languages ​​as its AI evolves and expands the sales territories of the new phones.