A few days ago we told you about our first impressions of Android 11 Beta, the first beta version of this new operating system. This is the evolution of Android 11 and, although it has work ahead, brings important improvements and comes to improve what we already had.

However, there were some important flaws, such as that Android Pay did not work, strange since the old developer previews did not have this problem. Google has released a version ‘1.5’ to fix these bugs, so it is recommended to update those who could install Android 11 on the Google Pixel. 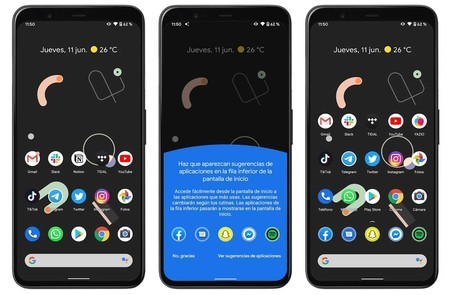 Android 11 is a new version of the operating system that has new features in terms of design, functionality and performance. However, there were some hard mistakes to forgive even in a beta, such as the error that prevented using Google Pay. This mobile payment application worked from the first Android 11 developer preview but, for some reason, it stopped working with the Android 11 beta.

The ‘1.5’ version of Android 11 Beta brings fixes to the main bugs that the ROM had. It is now a much more stable system

Google has just released a version with fixes, among which is the solution to the failure with Google Pay. Apart from this, bugs related to some strange reboots that devices could get to have been fixed. Specifically, this is the list of changes. They are few, but important.

As always, you can download this version from the Google page and install it manually. However, if you want to wait, you can also update via OTA, since the update will come to the devices so that we can update from the settings themselves.