Google Photos includes a small tool that allows us to create our own movies or presentations by adding photos, videos and music to our compositions, but this feature no longer works as before.

Since a month ago, Google Photos does not allow creating movies horizontally. If you add videos and photos horizontally, Google Photos creates the film vertically, adding black stripes above and below the generated video. The editor no longer respects the format and what would appear to be a bug from the latest versions has now been confirmed to be not. 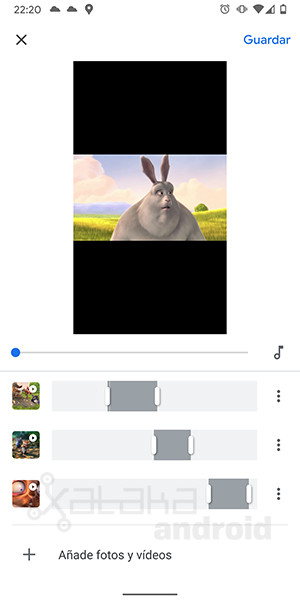 Faced with numerous complaints about this ruling, David Lieb, product manager for Google Photos, replied to two users on Twitter to clarify that there was no longer any way to create movies horizontally.

When asked if there was a hidden option to create horizontal films, David Lieb said that option was planned but that decided to leave only portrait mode for now, since the majority of videos that are edited from the mobile are in photos and vertical videos.

If you were creating your video montages with Google Photos, now you will have to resort to third-party video editors to be able to create your videos horizontally. We hope that Google Photos decides to add the option that allows us to select the aspect of the video.

We plan to add an option I think. But chose portrait for now since the mix has shifted to more portrait video.