The time has come to meet the Android champions for the company that develops this operating system: after numerous leaks, The Google Pixel 6 and Google Pixel 6 Pro are already official. They come with a fresh design, with Android 12 under the hood, a processor designed by Google and with camera features that aspire to dominate mobile photography.

Talking about Pixel implies mentioning the mobiles that are best updated on Android, not in vain they belong to Google itself. The company usually distributes a new family of phones at the end of the year, moment that has finally arrived. There were not too many surprises, which even Google itself previously revealed to its offspring, but they do not lose attention for that: the Google Pixel 6 and Pixel 6 Pro are already official.

Data sheet of the Google Pixel 6 and Pixel 6 Pro

Google’s own processor makes the difference 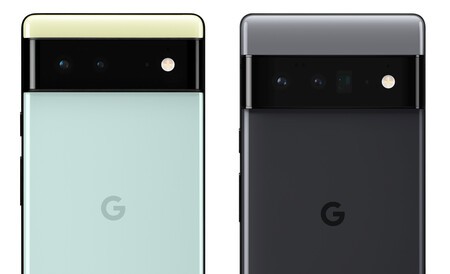 When Google confirmed that it had developed its own processor for the Pixel 6, the question was clear: will it live up to the Snapdragon 888, SoC flagged for 2021 on Android? It is still too early to know the answer since it would be necessary to physically test a Pixel 6, but there is no doubt that mobiles point ways.

The so-called Google Tensor powers both devices by offering high performance, 5G connectivity and high-quality 3D graphics, always according to the data shown by Google. In addition, mobiles incorporate RAM memory and enough storage for most needs: the Pixel 6 offers 8 GB of RAM and 128/256 GB of internal space; Google Pixel 6 Pro raises RAM to 12 GB with 128, 256 and 512 GB storage.

The front is used to a great extent by keeping space for some rather conspicuous frames. Top centered hole for the front camera and an AMOLED screen with LTPO technology that offers a high refresh rate: 90 Hz on pixel 6 and 120 Hz on Pixel 6 Pro. The diagonal also varies: 6.4 inches on the smallest and 6.71 inches on the Pro. 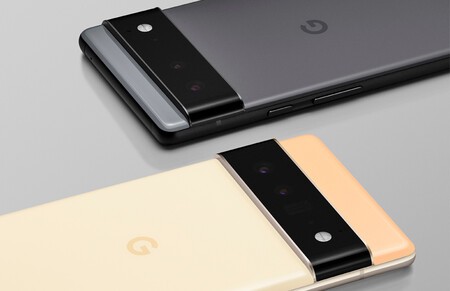 Google offers generous batteries for its new Pixels, it finally seems that we will have a noticeable autonomy: 4,600 mAh in the Google Pixel 6 and 5,000 mAh in the Pixel 6 Pro. In both cases, 30 W fast charging and 21 W wireless charging are included. 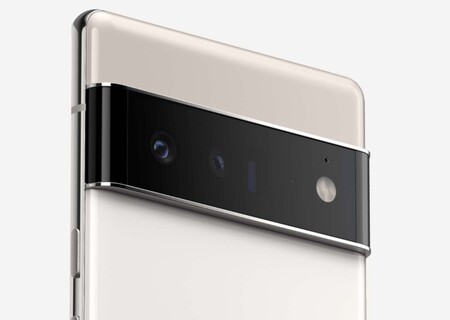 Google does not have to prove how good the company is at image processing since the Pixel cameras have been benchmarks in the mobile segment since the first model. With the new generation, the company delves into the multiplicity of sensors while increasing the final size of the captured images. 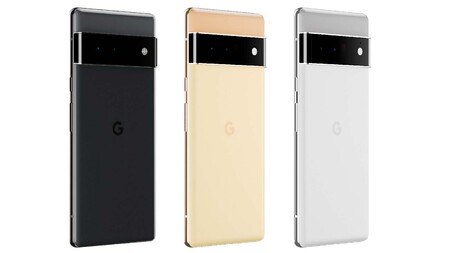 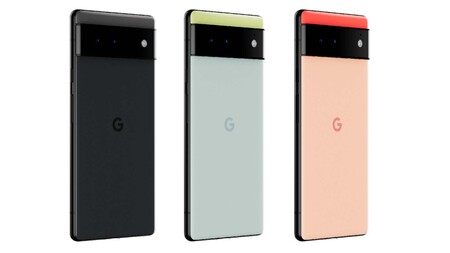 In front, the Pixel 6 equips an 8 megapixel front camera; with 11.1 megapixels for its older brother, the Pixel 6 Pro. Both phones offer their usual image processing with notable improvements in photo editing: Google adds a draft of unwanted elements, the portraits are sharper and it improves the representation of the different tones of the skin, among other factors.

Android 12 at its best

As standard bearers of the system that they are, The Google Pixel 6 are standard with the latest version of Android, number 12. The basic software is complemented by the Pixel UI interface and with different tools unique to the Pixel, such as the recognition of songs in the background or the automatic customization of the themes.

Although Android 12 is important, there is another novelty regarding the software: Google ensures that the Pixel 6 will receive three years of major system updates and five years of security updates. Google puts special effort in one of the aspects where it can get the most advantage.

The new phones are official and will begin their journey through stores on October 28. Although yes, in a very limited number of countries: Spain is left out.

The prices of the Pixel 6 are as follows: