Honor was excised from Huawei as a separate brand in 2014, albeit technically under the same Huawei corporation. Thus, the inclusion of Huawei in the Entity List in May 2019 affected both Huawei and Honor, which since then have not been able to launch new models with Google Services.

In November, rumors were confirmed that Huawei was ditching Honor, selling it to a Shenzhen consortium due to “the enormous pressure suffered” and “to ensure its survival.” According to sources from the Russian media Kommersant, allowing Honor launch terminals with pre-installed Google services as early as spring. 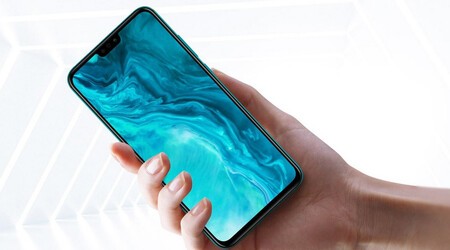 The Honor 9X Lite, one of the last of the brand to be sold with Google Services pre-installed

Huawei was included in the Entity List from the US Department of Commerce as soon as that list was created, and it has remained there until now. This prohibits companies in the country from doing business with Huawei, which means everything from changing 5G network equipment to preventing companies like Qualcomm from providing components or getting certified to include pre-installed Google services. This prohibition applies to Huawei and subsidiaries, among which was Honor until its sale, in November of last year.

After its sale, Honor is technically not affected by the embargo and, according to GSMArena, since December last year it has been negotiating with Qualcomm the provision of 5G chips. In addition, according to two sources from Kommersant, Honor would be preparing a new line of mobiles with pre-installed Google services, which would be announced in spring 2021 and which would be distributed in some countries such as Russia.

Outside the list of entities, the new Honor should have no problem doing business with Google and recertify new terminals, as long as the US government also includes it on the list. With the transfer of administration taking place today in the United States, this possibility seems slightly less likely, although not impossible.

It will be necessary to see what all this remains. Spring is just around the corner, so there shouldn’t be much left to confirm or disprove this rumor. At the moment, this Friday the Honor V40 is expected to be presented, the first “of the new Honor”, and we may know a little more on the subject.

Honor will launch mobiles with Google services in the second quarter of the year, according to a Russian media