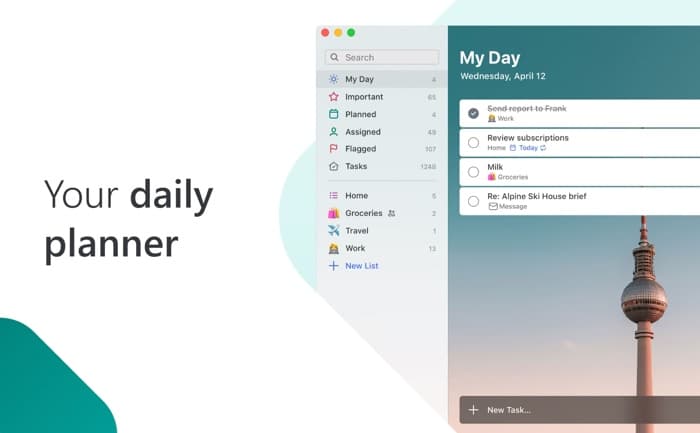 If you want to do more things in your day, you need to have some sort of to-do list. With smartphone apps, it has become easier to carry all the time in your pocket.

If you are looking for a to-do list app in the Google Play Store, you will find thousands of apps. But if you read this article, chances are you're already using one.

And maybe that's Wunderlist, which is one of the best to do to-do list apps available.

After its acquisition by Microsoft in 2015, Wunderlist's future was uncertain, as it was unclear whether Microsoft would pursue it or shut it down.

In 2019, we have another Microsoft task list application, called Microsoft To Do, and we still have Wunderlist. But maybe a few more months.

Microsoft To Do vs. Wunderlist

To be able to decide to move to Microsoft To Do and not look for a better alternative.

The user interface of Microsoft To Do and Wunderlist is quite similar and becomes obvious when you compare these two applications side by side.

Since both applications come from Microsoft, the developer team did not hesitate to make it similar.

Wunderlist offers multiple color accents so you can customize it to your preference, while Microsoft To Do has a bright mode and a dark mode, which is also a good idea since you do not waste time choosing the right one. appearance of the application.

But you still have control over how you want your lists to appear and you can add different colors to different lists, which can be done from the individual settings of the lists.

You can not only add colors, you can also change the screen background for the list

One of the best features that I like about Wunderlist is the ability to create new lists to categorize tasks. You can still do it in Microsoft To Do.

We'll talk about features in the other section, but to get an idea of ​​how Microsoft is trying to scale the Wunderlist application and train Microsoft To Do, you can watch this video.

Any difference that exists between the Wunderlist application and Microsoft To Do is visual, which is visible in the UI.

But, as far as productivity features are concerned, the good thing that existed in Wunderlist has been incorporated into Microsoft To Do.

You can create separate lists to keep your tasks organized.

For me, I have a list, for the "Books" I want to read, "Movies", I want to watch, and there is a personal shopping list and a "Work" list.

Another nice feature called "Repetition of tasks" allows you to remember specific tasks after a certain period. It was available in Wunderlist, and I have used it a lot. Fortunately, it is embedded in Microsoft To Do.

A recent addition to Microsoft's list of tasks is another great feature of Wunderlist, namely collaborations. You can invite other people to join a list.

I have a shared list with my wife, where we can both add tasks so that they appear in our two Microsoft To Do applications.

"My day" function in Microsoft To Do

This is a new feature that has been added in Microsoft to do it, it is available as a list on the home screen of this Microsoft application to do it.

So when you tap on it, it tells you the tasks for the day for tasks for which reminders have been set for the day.

You can also select other tasks from different lists and manually add them to "My Color", allowing you to focus on the most important tasks.

I'm glad that Microsoft has not made it a default home screen. It just remains a list on the home screen, so if you do not want to use it, it will not bother you.

One of the biggest fears of Wunderlist users was that Microsoft made it exclusive to the Windows platform.

Fortunately, Microsoft To Do is also available on other platforms. It is one of the most widely available applications.

You can install Microsoft To Do on your iPad, your iPhone, your Android mobile, your Windows PC, your Chromebook. You can also access it from the web browser.

it makes sense to switch from Wunderlist to Microsoft. However, it will take time to familiarize yourself with the user interface, but you will love it a lot if you are a Wunderlist user.

How to switch from Wunderlist to Microsoft's list of tasks

Since Microsoft itself wants you to switch from Wunderlist to Microsoft To Do, the process of switching to this task has been simplified.