As happens on mobile, also the screen of Samsung smart watches can be captured. Take a photo of your watchface, daily activity or any application: with a simple gesture you will have the screenshot taken and saved both on your mobile and on your Samsung Galaxy Watch.

Taking a screenshot is a quick way to share everything that happens on your device. Generally, any device that has a touch screen offers a way to take screenshots, even smart watches are capable of doing it. For example, Google makes it easy to take screenshots in Wear OS. And Samsung does the same with its Galaxy Watch watches: with a simple gesture you will have the screen captured. You do not know how? Let’s see the way.

Press the button and slide your finger across the screen 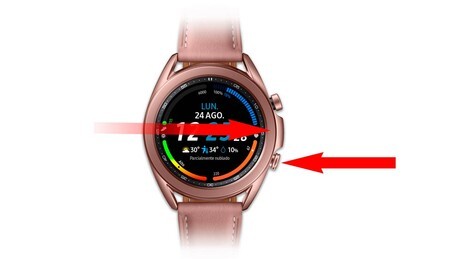 Samsung activates by default the option to capture the screen on its Galaxy Watch with Tizen. The necessary gesture needs move your finger across the screen while pressing a button. At first it is somewhat cumbersome as it is difficult to get the hang of it, but with a few attempts it is possible to take the screenshots quickly and with one hand.

It has no greater mystery, this is the process you must do to take the screenshots on your Samsung Galaxy Watch:

Option to copy to phone from Galaxy Watch gallery

All shots taken are saved in the gallery of the Samsung Galaxy Watch: you can import them to your mobile from the ‘Copy to phone’ option, which appears in the two menu items (on the right, in the images in the gallery). In addition, in most models screenshots are also saved to the phone reel: look for them there first.

How to take screenshots on Samsung Galaxy Watch watches