Let’s teach you How can you see Disney + content in its original sizethat is, in the aspect ratio with which they were created. To adapt to the new, more panoramic screens, Disney + has a modified aspect ratio that, while allowing content to better adapt to the new panels, implies loss of content having cut it.

With the last update of the service we can already change the format in which we reproduce the content, as long as it has been modified by Disney itself. We are going to tell you how you can make this change, since it is hidden in a small and discreet setting.

So you can change the aspect ratio in Disney + 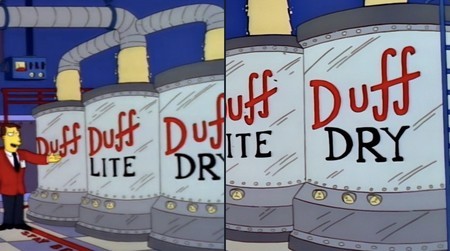 Over time the screen formats have become more and more panoramic. This makes old series filmed in 4: 3 format, like the Simpsons, suffer large cuts, missing along the way some of the jokes that were given by the visual section itself.

All the classic Simpsons episodes on Disney + are in cropped widescreen format – this means you miss out on tons of great visual jokes, like how Duff, Duff Lite and Duff Dry all come from the same tube. pic.twitter.com/cTy9adulFl

Following the complaints, Disney commented that “it was considering a change” and, in early 2020, stated that there would be a change in the service to solve this. Although the most famous case is The Simpsons, the function is already integrated within the application, so if in any case chapters in 4: 3 format were to be uploaded again, we can change them to their original format, instead of the one adapted to 16: 9. 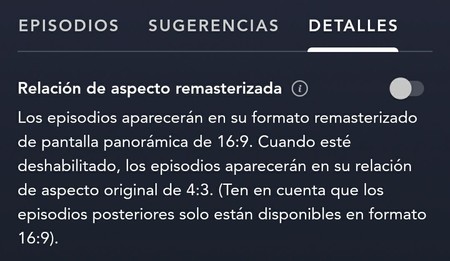 To make this change we just have to go to the content we want to see (in this case, The Simpsons). Once we have opened the file with the different seasons we will click on ‘Details’. Here, we are going to disable ‘Remastered Aspect Ratio’.

As we indicated, the change has been made in The Simpsons, but already is integrated into the application, so it is applicable in the event that a similar case is repeated in which a series recorded in 4: 3 is remastered.