I’ve been in the Android ecosystem since 2009 or 2010, I do not remember the date exactly. I do know how I started, jumping from my Nokia N81 to the HTC Hero, a phone with a very interesting and groundbreaking concept about design that the evolution of telephony has ended up burying under tons of glass and metal prisms.

With the HTC Hero I came to a system that I have not abandoned in mobile phones yet (on tablets is another story) and that has made me go through many of the brands that I can remember, and I am not only talking about the phones that I have analyzed but about the ones I have owned. From my personal phones. And in the end what seemed inevitable has happened, seeing my latest experiences: I have fallen into the realm of Pixels.

I’ve tried layers from all the cooks

I imagine that I have not been the only one He got an uncontrollable fever from testing ROMs of all kinds in its early days on Android. Perhaps it was because I entered a point, with the jump from Android Eclair to Android Froyo, in which cooking communities were in full swing. With my HTC Hero I soon got tired of stock Android and lived browsing forums downloading and flasheando almost everything I found.

It is possible that it had to do with the fact that Android was very green at the time and its graphical appearance left a lot to be desired. Going from Sense to Android stock was quite a drama so I experimented and experimented, never finding what I found. And over time, I went from brand to brand.

From the HTC Hero I went to the Nexus One (also HTC) and from there to a Samsung Galaxy S, a Galaxy S2, a Sony Xperia T, an LG G3, a Nexus 5, an HTC One M8, a Xiaomi Mi A1, a Mi 9 and now a Pixel 5. By layers and models it will not be. He is probably leaving me some models along the way that I do not remember and will come back to my mind when this article is already published, and probably some are messed up. It is not very important, because the quid of all this is the journey through the customization layer market, some seasoned with cooked ROMs and the rest with original images.

Each layer has given me something special and unique, but it was time to go ‘home’

During that time I also went through an infinity of launchers to obtain this or that aesthetic, or this or that functionality. In the end, as I think may have happened to many users looking at the download volume of the Google Play Store, I ended up hitting my bones in Nova Launcher, and I was faithful to it until I decided that maybe I was a little tired of experimenting and I stayed on a MIUI 12 without customizing until I decided to go back to the origins. Simple.

The Pixel 5: the taste of the simplest

It cannot be said that my entry into Android occurred through a pure Android, as the HTC Hero had Sense. But I did try some stock ROMs and my next step was with the Nexus One. Since then, my journey has always been layer after layer as Android matured apace, and the purest version was only for some models that I analyzed for work. I wanted pure Android for myself, and I finally did.

As a detail to myself, when I was clear that I wanted to buy a Pixel, Google decided that it would not sell the Pixel 5 in Spain. Solution: import it through eBay. From Germany to my pocket. Again a return to pure Android from the hand of a phone that, so far, It has given me everything I need and more.

With the Pixel 5 I have landed directly on Android 11 although after the beta program I am already on Android 12L, and the day to day with it has shown me something that I already thought when I tried it with small brush strokes: the ‘customization’ of the Pixel has little to envy more powerful layers, and its fluency makes up for even not having a top-of-the-line processor. Now we could talk about those who consider that a Snapdragon 765 is not a powerful chip, but we will not. 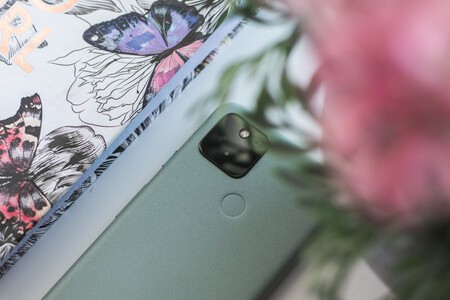 Far from the launchers and layers, in the Pixel 5 I have found the most mature Android to date with an increasingly useful Assistant tucked even inside the cabinets and with software details that Google gives only and exclusively to their phones. The pure Android of today is very far from its origins and the truth is that at the moment I am not considering abandoning it in the short or medium term. I have to turn the tables and try layers for work instead of living with them in my personal environment.

After many years ‘biting’ here and there, I have decided to go back to basics and return to the Pixels and pure Android.

And as an additional gift, getting the Pixel 5 has meant having in my pocket one of the best cameras on the market so i have everything i could need. Fluidity and power, simple aesthetics, good photography and good autonomy. I trust that the Pixel 5 will be my home for at least a couple of years until it’s time to switch, we’ll see where my fate will be. But once I am back to simplicity, it will be difficult for me to want to “complicate my life” again in the future. Who knows.

This has been my trip, it doesn’t have to coincide with yours. Luckily, there are almost as many user types as there are layers of customization and we all have our favorites. Mine, luckily or unfortunately, have been changing, evolving. And now I want simplicity.