One of the most frustrating things when using a mobile is not get notificationsEspecially if there is no exact pattern of why they arrive or stop arriving, it only happens sometimes or in certain applications. And that is exactly what happens in some Huawei mobiles.

Some layers of Android customization rely on somewhat aggressive battery saving techniques, which “kill” processes more quickly than the standard Android method. Huawei mobiles include not one, but two systems in this regard, being PowerGenie the most restrictive of them, despite being virtually unknown.

Let’s start at the beginning, what exactly is PowerGenie? From the user’s point of view, it is a mysterious application present in most Huawei mobiles launched with EMUI 9 or higher. The application cannot be opened, has no icon and has no options. In the latest versions of EMUI it is officially called How arealthough in the past it was called Power Genius.

As explained in DontKillMyApp, PowerGenie is an energy management system that kills apps that are not in an include list. The main problem with PowerGenie is that as a user you do not have any option to exclude a PowerGenie application, instead it is a list controlled by Huawei. 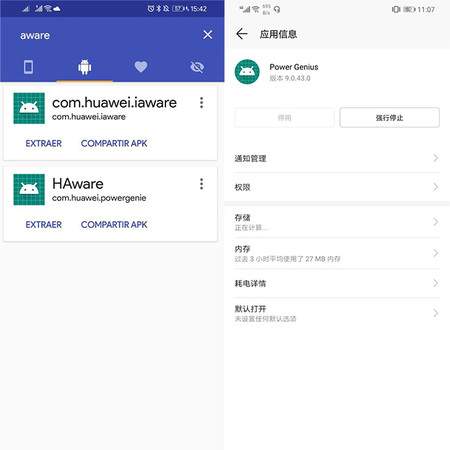 The two names of PowerGenie

That is, a Huawei mobile has two filters to kill processes to save battery. The first is the optimization of the application start, configurable by the user. The second is PowerGenie, in which the end user cannot make any changes. 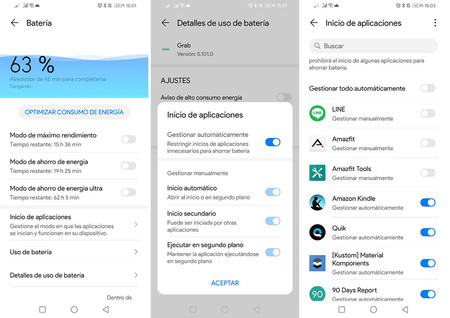 Huawei’s power optimization itself is customizable

There is little public information on how PowerGenie works, as there is no official documentation about it, although the company has confirmed its existence on occasion, along with the important detail that an application cannot be added to the inclusion list.

The app’s APK, which occupies just 77 kilobytes, includes several Google, Android and Huawei application listings to which, presumably, some of the restrictive energy saving policies do not apply. 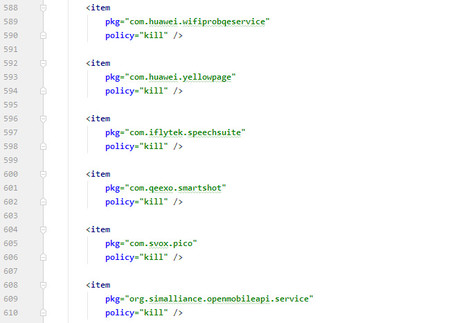 Presumably some of the apps excluded from PowerGenie

This is all very well, but as a user, how does it affect you? On the one hand, with a more restrictive policy in the management of applications, the battery of the mobile can last longer. On the other hand, it is possible that don’t get notifications from some apps, especially those that you have not used for a long time or that are not very popular, such as Facebook or Google applications.

For example, if you have installed an application to remember to water the plants and notifications do not appear even if you have configured it as manual management in the power options. If your plants die, it’s not your fault, it’s PowerGenie’s.

Having said all this, if you want to disable PowerGenie, you can, although it is not easy. You will need to use ADB commands and we do not recommend that you do so unless you know what you are doing and are convinced that PowerGenie is affecting how you use your mobile.

First of all, it never hurts that you make one PowerGenie APK Backup. You can do it with ML Manager or other similar applications. The process is as easy as looking for PowerGenie in the system applications section and pressing Extract (or Sharing, to send to another application). You can really rehabilitate it again with another ADB command, but it never hurts to have a copy just in case. 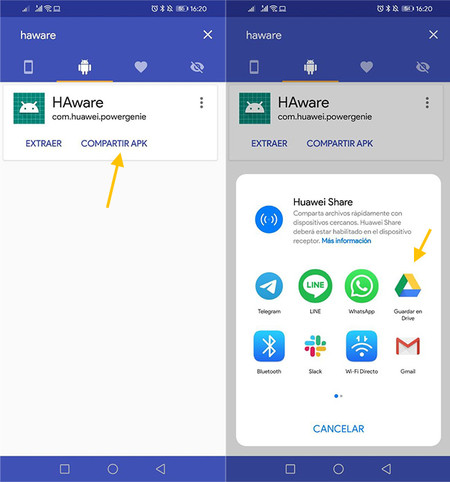 Then it is time for connect to mobile via ADB. Here we have told you about the process on several occasions, which consists of three steps. Download ADB on the PC, connect the mobile to the PC with a USB cable and run some commands on the command line to make the connection. The mobile must have active the USB debugging and development options.

To verify that the ADB connection between the Android phone and the PC is correct, you must type ADB devices and receive a response that show “device” next to your device. If so, then you are ready for the next step.

If so, it is time to run the command to uninstall PowerGenie. Run the command adb shell pm uninstall --user 0 com.huawei.powergenie, press enter and if everything went well, in a few seconds you will receive the text Success.

It is done. If you search for PowerGenie (or Haware) on your mobile, it will no longer appear among the installed system applications. Now is when you should check if your mobile loses fewer notifications than before, especially in those applications that you have already manually configured in the power options.

If you notice that your mobile is worse than before or you prefer to leave PowerGenie as it was, bringing it back to life is as easy as making it disappear. Also using ADB, use the command adb shell cmd package install-existing com.huawei.powergenie. As if by magic, PowerGenie will reemerge from its ashes. Restart your phone to make sure it turns back on.