At the end of April, in the middle of the confinement of half the planet due to the coronavirus pandemic, Facebook released its platform’s response to Zoom, the app that was eating up the video call market by leaps and bounds. The Facebook alternative arrived sewn to its messaging service and received the name of Messenger Rooms.

Messenger rooms landed with quite interesting features such as the fact of operating on almost any known platform, even on the Portal devices of the company led by Zuckerberg. Now, in a new step forward, Rooms is updated allowing us to broadcast in full direct.

Users will have to accept in order to broadcast their content 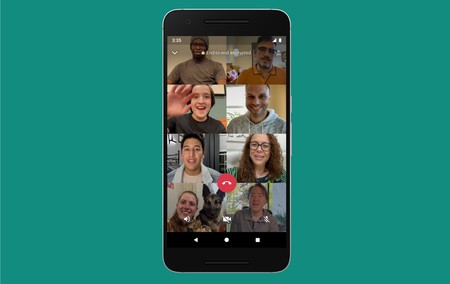 “Today we are introducing a new way to stream live to Facebook from Messenger Rooms. Turning your room into a Facebook live stream makes it easy to put up to 50 people live. Whether it’s by hosting a book club with friends, interview a panel of experts, show a gym class or broadcast with your friends for fun, broadcasting live from one room allows you to interact with audiences of any size. “

With this new functionality, Facebook will allow turn any of our group conversations into a live broadcast through its platform, something that we could already do from different tools and that now also reaches the rooms. In order to do this, we will have to be the creators of the room that will broadcast and each participating user will have to accept, individually, so that the content of their camera can join our live show.

We therefore speak of an ‘opt-in’ functionality instead of ‘opt-out’ And from Facebook they promise that configuring and starting a live broadcast from Rooms will be a matter of a few seconds and clicks. “By joining Messenger Rooms and Facebook Live, we are discovering new ways for people to connect and create content even while they are apart.“

Facebook announces that the possibility of broadcasting live any Messenger room will reach some countries today and will be available both through mobile apps like the Messenger desktop app. New countries and devices will soon be added so that the new live Messenger Rooms is available to any Facebook user, wherever they live and use the medium they use.