The latest Motorola model was leaked a few days ago sporting midline specs, maybe lowline, and with 5G connectivity, and now it has become a reality. The phone has been named Motorola Moto G51 and thus becomes the successor to the Motorola Moto G50 that practically opened the 2021 season for the manufacturer.

Despite being a phone destined to be in the lower ranges of the brand’s catalog, the truth is that this Moto G51 has some quite interesting feature for its price range. Like the 120Hz display or as previously mentioned 5G connectivity, in addition to having the new Snapdragon 480+ from the processor manufacturer Qualcomm. But let’s see what else it has to offer us.

More powerful and with better photography 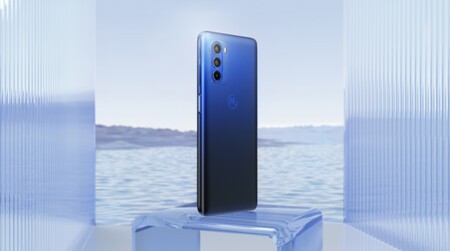 It is inevitable to go to the Motorola Moto G50 to observe the evolution of the terminal in these months that have separated it from its sequel, the Moto G51. For example, now we see that the screen has grown diagonally, now reaching 6.8 inches, and also in refreshment speed with the Current 120Hz. What hasn’t changed is the HD + resolution, so we lose some density along the way.

The processor also changes as the Snapdragon 480+ gains the last name compared to the previous model, and now it rests on twice the RAM memory, 8GB, and the same internal memory, 128GB. In addition, we can use up to 3GB of internal memory to emulate virtual RAM, with which we would have 11GB in total. The tray for the microSD and the size of the battery are also maintained, as here they repeat the 5,000 mAh of the previous firm’s phone. Although Motorola has not indicated what is the charging speed of this Moto G51, by the way.

Finally we have the cameras and connectivity. This Motorola Moto G51 offers us 50 megapixels for your main camera, accompanied by 8 megapixels with super wide angle lens and 2 megapixels for depth readings. The front sensor has not been revealed. In terms of connectivity, the phone has two SIMs with 5G in addition to WiFi 5, Bluetooth 5.2, GPS, a 3.5-millimeter headphone jack and a USB Type-C port. The model arrives with Android 11 running through its veins.

Prices and versions of the Moto G51

The new Motorola Moto G51 initially treads Chinese ground, and it does so with its only version of 8GB of RAM and 128GB of internal space at a price of 1,499 yuan, which we could translate into about 203 euros with the current exchange rate. We are waiting for Motorola to confirm whether the Moto G51 is going to take the path of internationality or not.